Some of you may know, because I've banged on about it enough, that I've been writing an historical novel about the Breaksea Island sealing community of 1826. As usual for me there is no title yet - the title always seems to come last - an afterthought even. It's working title has been Exiles and Island Wives but I'm wary of the Wives bit, considering the circumstances of the Aboriginal women who lived with the sealers. Maybe Fire in the Water. Maybe. Dunno.

Anyway ... I've also been thinking about whether to include some notes that are relevant to certain scenes in the book. Notes or reference lists in novels and I share a problematic relationship - I like my fiction to be seamless thank you very much, made of invisible stitching. References can dismantle a reader's suspension of disbelief as readily as inaccurate incontrovertible facts in historical fiction. I want to be transported somewhere unknown by the narrative, to stay in that place and not be jolted home by a list of instructions as to how the story was put together.

But some of the notes I've cannibalised for the novel are so great. "Can a man really be swallowed by a whale?" asked my wrangler in the margins of a first draft. I sent her this quote:

The Star of the East was in the vicinity of the Falkland Islands and the lookout sighted a large Sperm Whale three miles away. Two boats were launched and in a short time one of the harpooners was enabled to spear the fish. The second boat attacked the whale but was upset by the lash of its tail and the men thrown into the sea, one man being drowned, and another, James Bartley, having disappeared, could not be found. The whale was killed and in a few hours was lying by the ship's side and the crew were busy with axes and spades removing the blubber. Next morning they attached some tackle to the stomach which was hoisted on deck. The sailors were startled by something in it which gave spasmodic signs of life, and inside was found the sailor doubled up and unconscious. He was laid on the deck and treated to a bath of salt water which soon revived him ... He remained two weeks a raving lunatic ... At the end of the third week he had entirely recovered from the shock and resumed his duties.
Ambrose John Wilson, The Sign of the Prophet Jonah and its Modern Confirmation, vol. 25, Princeton Theological Review, 1927.

When Kevin and I moored the Tearaway at Investigator Island, I lay in my bunk and listened to the weirdest sounds against the hull. Maybe the tinkling, knocking noises were by electrostatic energy. Perhaps it was hundreds of tiny fish nibbling at the algal fouling.
Maybe it be Naiads ... 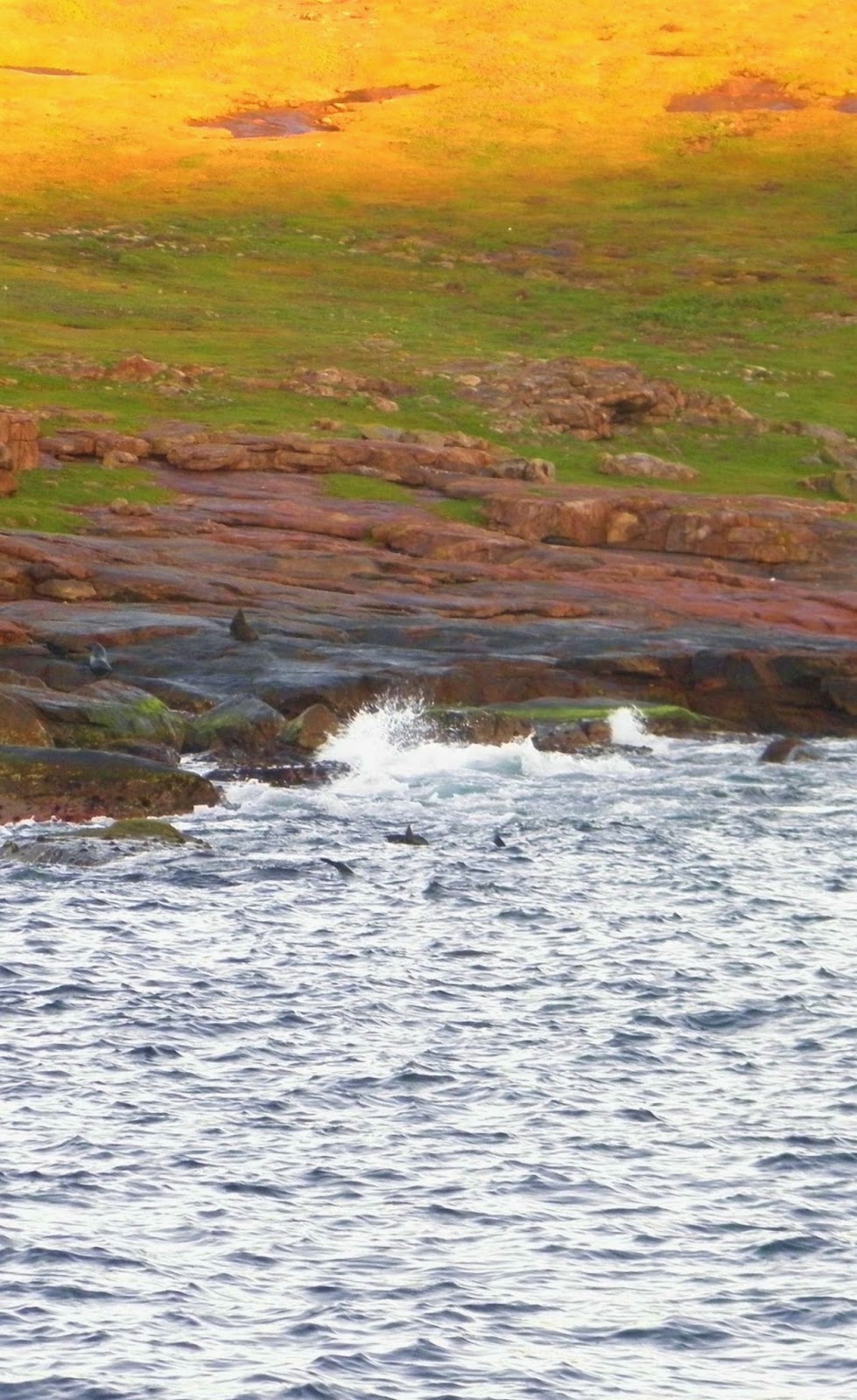 “What is that sound? Are we gaining water?” He asked Jimmy the Nail.
Jimmy lurched over the gear to find the tin bailer. He pulled coiled rope away from the stern and felt the planks. “No.”
“Then, what?”
Jimmy shrugged. “Naiads. Sea lice. Mr Thistle’s doomsayer. Go to sleep Billhook.”

Mr Thistle was a mate aboard the Investigator and a good friend of its captain Matthew Flinders. After charting Investigator Island and moving eastwards beyond Cape Arid, the names on Flinders map tend to mention Mr Thistle a lot, or such portents of doom as Cape Catastrophe. The day before Mr Thistle drowned, the two men caught a large yellow snake. While Flinders leaned on its neck with the butt of his rifle, Thistle sewed the snake's mouth shut with sail twine so they could take it as a live specimen without being bitten. As they walked over the spine of the island - Mr Thistle holding a rather pissed off seven foot snake - two enormous eagles roared out of the sky to attack them.

I just love everything about this passage in Flinders' journal. The imagery is quite biblical. I haven't used it in the novel but what I have alluded to is Mr Thistle's doomsayer, mentioned in a footnote on the day that Mr thistle drowned:

*This evening Mr Fowler told me a circumstance which I thought extraordinary; and afterwards it proved to be more so. whilst we were lying at Spithead, Mr thistle was one day waiting on shore, and having nothing else to do, he went to see a certain old man named Pine, to have his fortune told. The cunning man informed him that he was going out on a long voyage, and that the ship, on arriving at her destination, would be joined by another vessel. That such was intended, he may have learned privately; but he added, that Mr Thistle would be lost before the other vessel joined. As to the manner of his loss the magician refused to give any information. My boat's crew, hearing what Mr Thistle said, also went to consult the wise man; and after the prefatory information of a long voyage, were told that they would be shipwrecked, but not in the ship they were going out in; whether they would escape and return to England he was not permitted to reveal.
This tale Mr Thistle had told often at the mess table; and I remarked with some pain in a future part of the voyage, that every time my boat's crew went to embark with me on the Lady Nelson, there was some degree of apprehension amongst them that the time of the predicted shipwreck was arrived. I make no comment upon this story, but recommend a commander, if possible, to prevent any of his crew from consulting fortune tellers.
Matthew Flinders, Terra Australis, Text, 2012, p. 83.

Flinders wrote this whilst suffering the gravel in his waters and locked up by the disaffected Decaen on Mauritius. What he doesn't mention here is that his next ship indeed foundered; the Porpoise sailing into the Great Barrier Reef along with her fellow traveller the Cato. 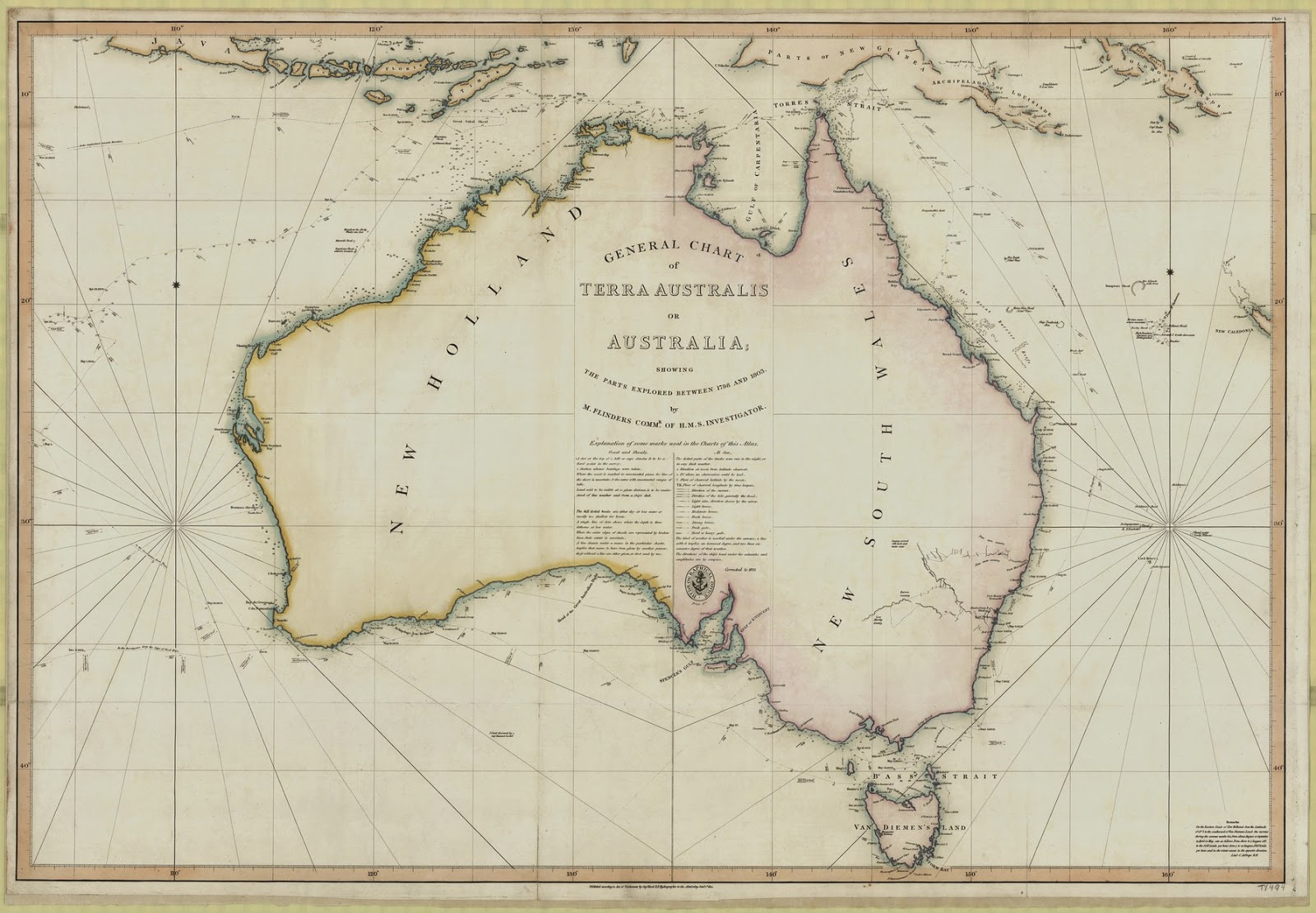