A change in the weather would be an understatement. Three days ago, tower folk recorded 38 degrees and 10 percent relative humidity and today I recorded 16 degrees and 95 percent relative humidity. Cloud clung to the mountain. For most of the day I couldn't see anything, leading to what I call an emotional existential crisis: 'Why am I here? I can't see anything, let alone a bushfire. Why do I even exist at the top of this mountain?'

It's a wondrous thing to be up so high that cloud systems have their own personalities and rhythms. The wind swung south west over night after an excruciating (and scary) few days of it charging in from the north west. The spotter pilot gave up this morning and went home. Despite the weather, it's still a high fire danger due to the past week, so I knew I was stuck up there for the rest of the day, looking at white.

Here she comes, rolling in from the south west. The tower windows face the four points of the compass. 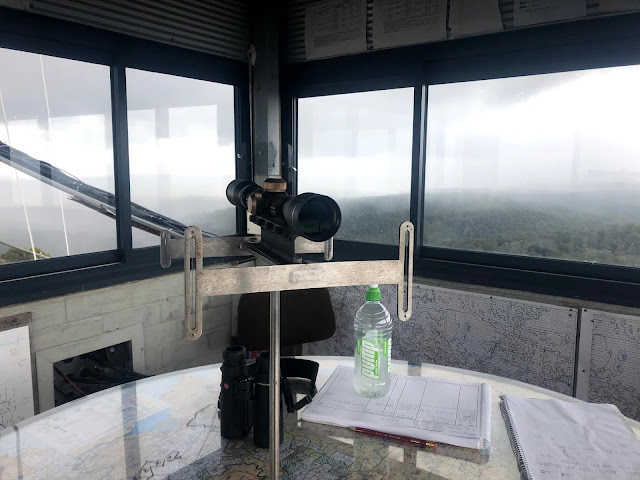 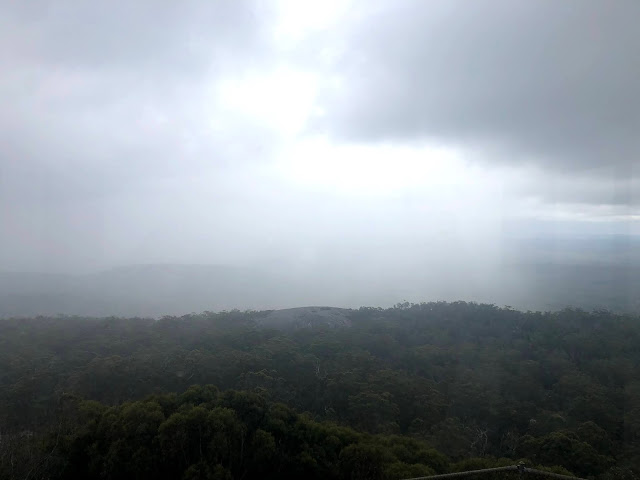 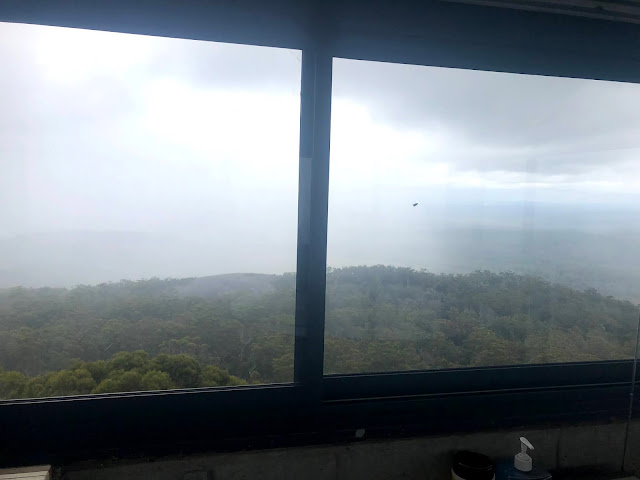 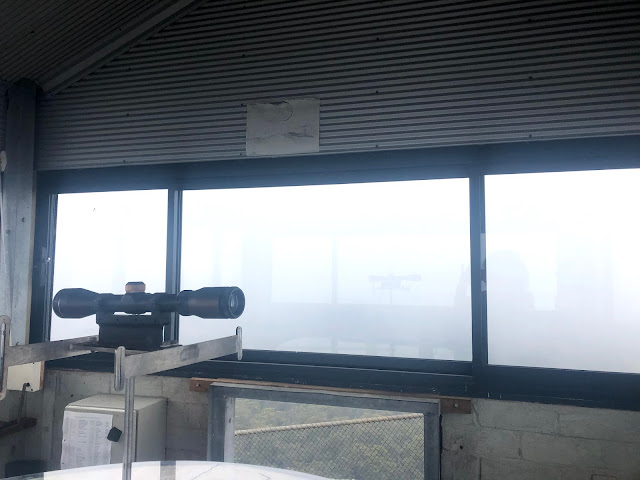 For a while, I sat in cloud jail, listening to the radio, waiting for the front to pass. It didn't. The cloud just sat there. It does tend to send me into a sad funk, when my job is to look for smoke.I doom scrolled through the US pandemonium and virus updates on my phone, and doodled ditties in the plotting book.

A great big bunch of kids turboed up the final lot of steps. Children always rip up the mountain, followed by their more circumspect and breathless parents. 'How many steps did we climb?' Yelled one to me through the open door of the tower.

'Didn't you count them?'

'Three hundred and three, I think. Not including the ladders.'