The Creeping Grief of a Dead Dog

We landed in Geraldton. When Sally turned on her phone, the first message she got was that her dog had died.

I didn't know Sally then but I knew that castaway look in her eyes, those stranded eyes when someone has died and you are a long way away from home. And it is the dog. You wonder if the kids will be okay, who will bury it. You knew the dog was on its last legs anyway. Last. Legs.
The dog.
How can a dead dog hurt so bad?

This afternoon I pulled into my friends' house. They'd sent me a message: "Toby is on his final visit to the vet. 5pm."
He was out on the highway apparently. He'd wandered out there and caused a minor traffic jam. Cars stopped, people tried to help him. Blind, he'd wandered through the line of stalled cars, bumping into metal. Someone tried to pack him into their car and take him to the vet. His owners' daughter finally found him in the melee, and led him away home. I've seen him ... oh anyway ... I've seen him go down really fast over the last six months.

So I dropped in today to say goodbye. As I was driving there, I wondered if I'd missed the 5pm deadline but when I turned into their driveway the car was still there. I got out of my car and went straight to the dog. He crept towards me, and as he came closer and smelled me his ears pricked. The family came out of the house. They were all red-eyed, crying."I've come to say goodbye," I said.

That dog, he knows me. He stuffed his nose straight up my skirt. I was surrounded by two teenagers, two adults and a demented, ancient golden retriever, and everyone except for him knew he was going to die within forty five minutes. 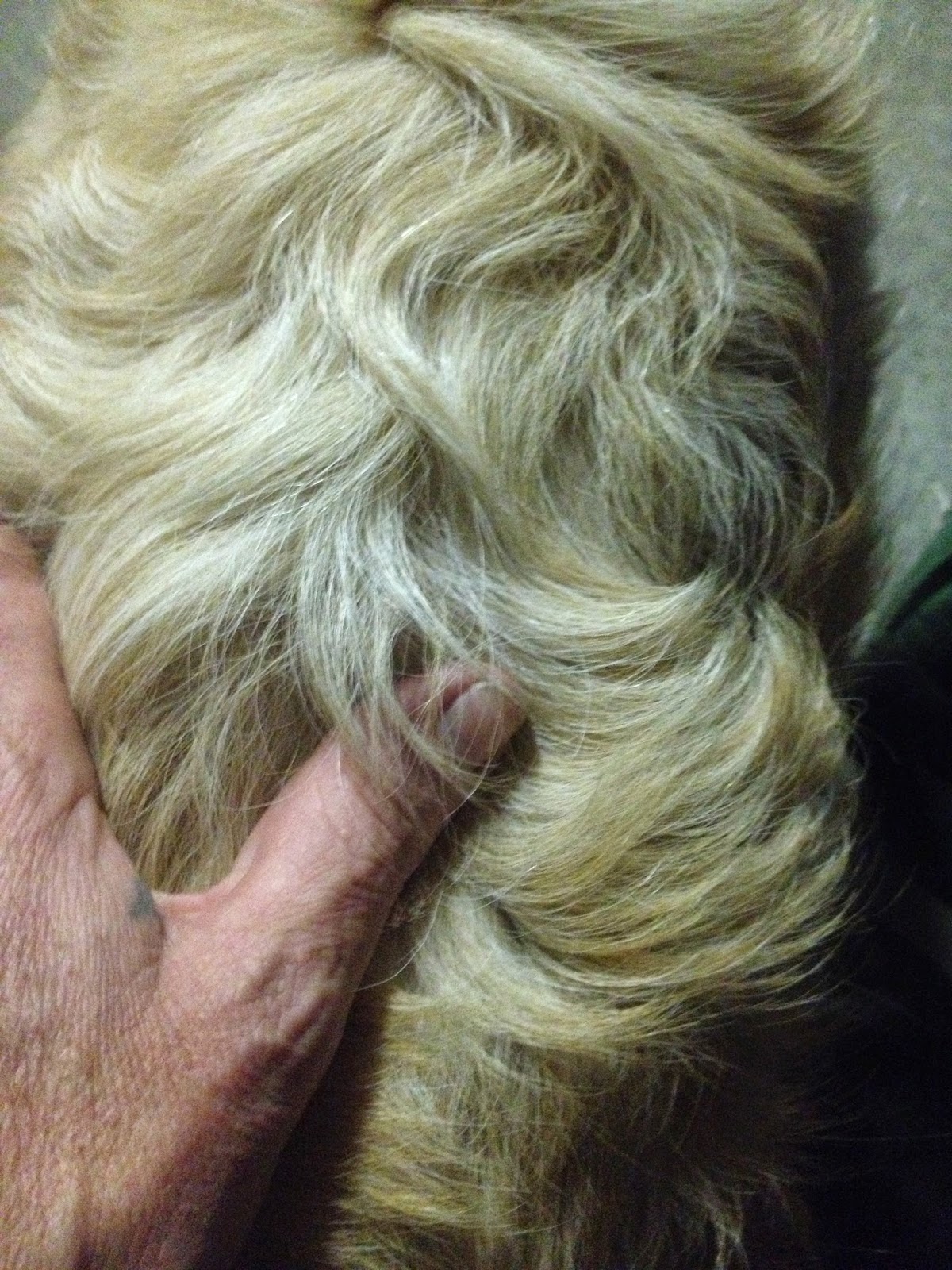