The entire month of May has been declared 'National Egg Month'! This is the time of the year to celebrate the many benefits of the egg. Which is great ... for those people in Washington about to experience the Spring and the exponential productivity of their chickens ... It's hailing as I write and my girls are huddled in their mia mia, quite sodden and unhappy.

After a humbling Scrabble joust
I plunge my brush into glossy enamel (cherry red)
and gypsy up the door frame
to the strains of the baby mastiff
destroying a plastic jar of peanut butter.
(Just the right amount of crunch.)
Posted by sarah toa at 9:49 PM 1 comment:

It's serious business when you are reduced to a bicycle. That's not reduced, as in the bucket of tomatoes on a Chef Consolation, it's reduced to humanity's base level as a result of dodgey alternator/slave cylinder in the brakes/not enough money to say 'fix it' (please). ie. the temporary lack of a motorised vehicle.
But it's kind of fun. You get fit. You begin to appreciate the fact that time (that is the hours between nine and five) can afford the squeeze you in for an appointment and a coffee. You also understand the need for bicycle clips.

I wish I had a picture of my bicycle. I bought her from the bike shop for $40. She's pink. She's a Malvern star. She cranks.
Usually with the ever-expanding universe that is my family, there is always a ute to humbug from someone. Last year the whole lot ran away to Scotland for the gathering of the Clans and I, being the only responsible one left, ended up with 100 chickens, an anorexic thoroughbred, a serious alcohol problem, 20 sheep and a pink bicycle.
Comes the Sprung Writers Festival. I ride my bicycle into town. Every year it's my big AWOL weekend. The kids understand. So do the Ex's. It's mine. It's all mine.
So on the Friday night I go to a great after-party at Shark and Catherine The Great Artist's apartment and park my gorgeous pink Malvern Star on the foot path outside, the way you park a Harley Davidson or a brand new burgundy 4WD Kluger ...

I think this kind of hubris is my undoing.

When I came down the stairs, I discovered her missing , after standing her so beautifully on the footpath for only half an hour.
I was so pissed off. I think I whinged about my bicycle being stolen for, oh, about the next 24 hours, to anyone who would listen. About the duration of the entire Saturday night Poetry Pub Crawl to be exact. The poets got sick of me. They wanted to hear poetry, art, literature and somehow throughout the night, there was Sarah Toa, in their ear about her fucking bicycle.

"24 hours and she'll be back." A perverse side of me believed this to be true and I decided to manifest it.
So that that night as we ambled down through a cavernous car park towards the last good or bad poem ( and by then the stolen bicycle had become a theme, like a bad Seventies Night,) I saw a boy riding a bicycle towards me in the dark.
"That looks like your bike!" Rua and Jaybird both yelled at me.

They were joking really. It could have been any random cyclist but as he pedalled towards me out of the gloom, I recognised that set of the handle bars, that desperate way that you ride that particular bike in the dark, the sensual sway of the fruit box on the back wheel.

I don't know if Rua and Jaybird were quite ready for the moment when I grabbed the handlebars of the pink bicycle in full, beautiful Malvern Star flight and glared straight into the whites of the eyes of the rider and said
"This is my fucking bike. Give it back."

At that point the poor bastard started started to get flaky. He was really young, like fifteen, he was a boy, he had a bike and he was on some kind of a freedom flight from one illicit pub to another, then suddenly out of the dark was ME grabbing the handle bars of my own pink bicycle and doing a Big Sarah Toa.

Rua and Jaybird, seeing his distress, said, "No, mate. It really is her bicycle. She had it stolen last night.We've heard the story (like, over and over) She just wants it back. Just give it to her hey?"
So he did. He said, "Well, have you got five bucks?" which we handed over, quite happily. I think it cost fifteen all up. (There was three of us.) And then I rode my bicycle home.
I rode it down Grey street (Grey street being the perpendicular bisection of the proverbial Twin Peaks - it's always great fun on a bike in an Easy Rider kind of way) and wobbled into my driveway, drunk and triumphant. Which is perfectly normal behaviour for a Toa Sister ....

In the morning I got up, fully literate of course after a whole poetry weekend, and inspected the Malvern Star.
The chain was connected to the back cog by a joint or so and the nut that's supposed to hold the whole back shambles together is missing. It's a serious hill. I pat myself down, in the clear daylight of the verandah. Yep, all here.
Posted by sarah toa at 10:09 PM 7 comments:

There is a line stuck in my brain over the years; from work-in-progress readings of Maree Dawes' book.

The horns in his head
locked into the holes
in mine.

It's all about the Minotaur, Picasso and his women ...
I'm not sure if that's an exactly correct quote,but it works for me. 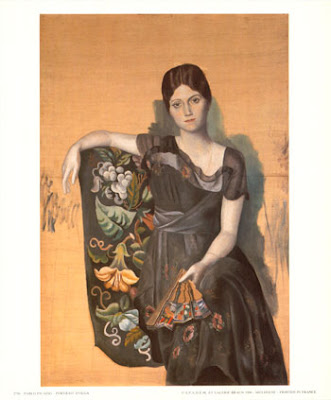 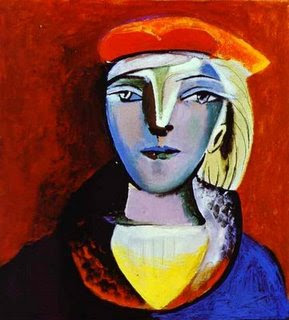 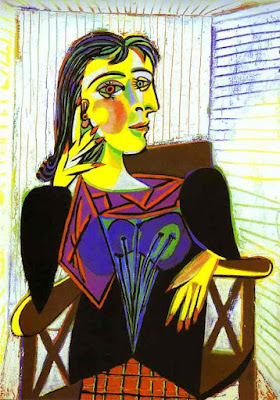 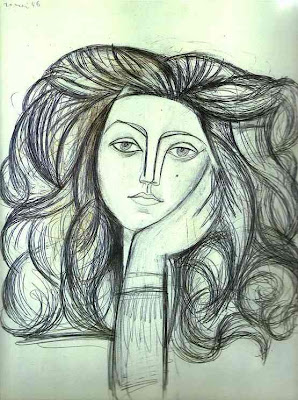 He's a nasty piece of work on the domestic front, and yet he immortalises his lovers into manifestations that you can actually smell in galleries when you venture close enough, decades after their death. By the hardy, cliff-hanger existence of loving him and suffering him, these women live forever.
Our very own Albany girl, Maree Dawes, wrote Picasso's Women. This weekend she features on Poetica (Radio National).
"The poems are lusty and riley and describe the treacherous position of Picasso’s women," says Donna Ward.
Lie on the lounge room floor and turn up the radio. Let it fall all over you. This is juicy poetry; dynamic, arythmic and gorgeous. This Saturday 3 pm.
Posted by sarah toa at 6:58 PM 10 comments: