Today on the fire tower was more anxiety than boredom. Once again it was a sched 5 and I was up there earlier than usual. Lots of tourists. High winds meant that small kids were freaking out when they got to the peak, scared of being blown off the mountain. The mesh fences to stop this occasioning didn't seem to make them feel any better. Parents talking 'face your fears' didn't help. The only thing that worked was someone taking their child's hand and talking them beyond how scared they were.

There's thunder tonight and no rain which means dry lightning across the southern forests region. Wheee!  Today I called in a smoke out Rocky Gully way. It was out of our district and there were all sorts of hectic happenings in our own but still, the spotter pilot radioed me for coordinates and passed it onto the neighbouring spotter. It turned out to be a few hectares of paddock going up. Grass fire. Must have been a decent one because I could see it from fifty kilometres away. Soon after I called it in, the radios went crazy.

On another note, Selkie was terribly happy when I returned home. She sleeps on my bed whenever I leave the house because she's a stinky, passive aggressive bitch. I returned to a house smelling of passive aggressive bitch. As soon as I turned up she headed down to the beach to retrieve the treasure she's been sniffing at all day. Turns out there's another kangaroo carcass down there. 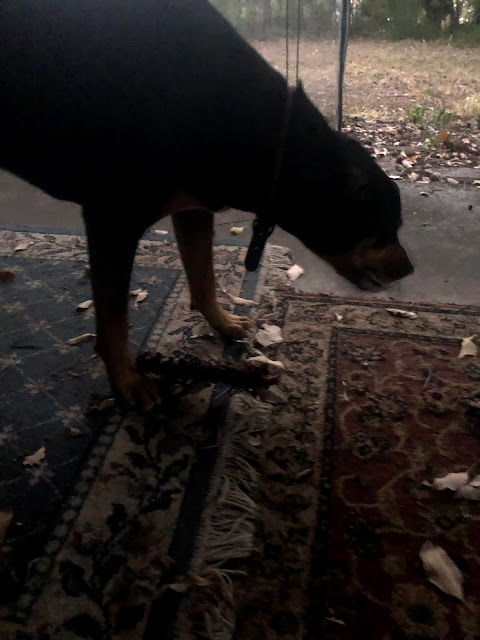 I think what is in the photo is part of a spine and rib cage (including said dog). She's very pleased with herself. I'm really not sure what's going on at home any more.

I did find a bird's nest. Check this out: 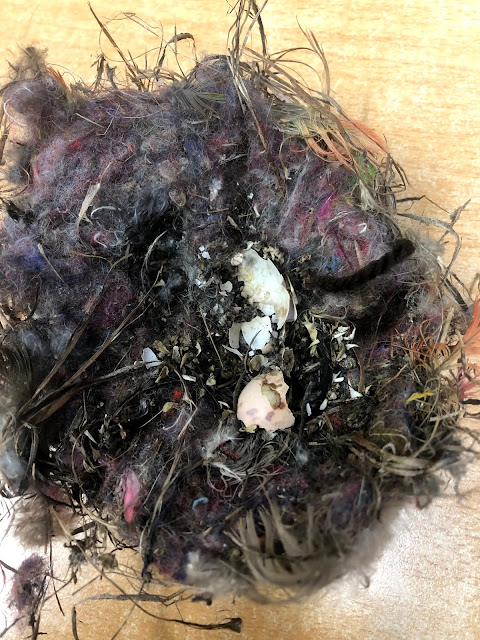 I found it under a tree outside the local day care centre. When I brought it into work, the ranger said, 'That's the string and felt we use in the day care centre!' She has kids who go there. The nest is also threaded with parrot feathers and bits of serviettes from the cafe. This pretty much my best find all year.

Finally, these two ... just because they are pretty bloody funny: 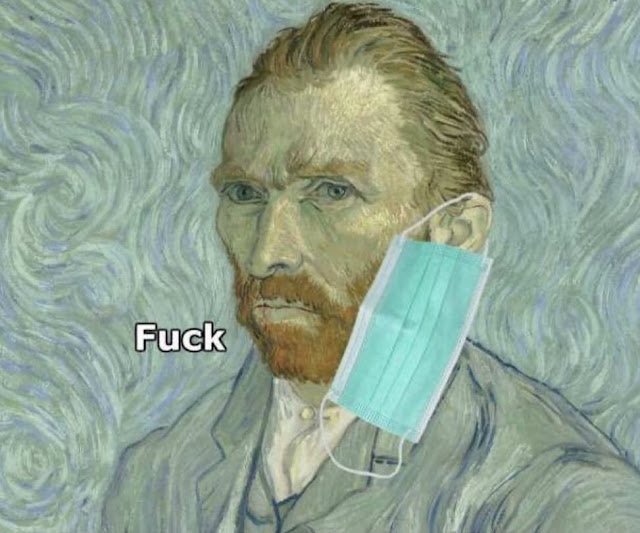 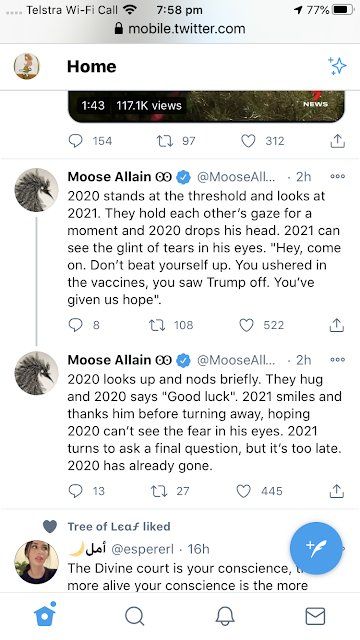 If I don't get to post beforehand ... Happy New Year Bloggers. I just love you mob and think you are all awesome. Thanks for being around this year and ones past. I really appreciate it.

Back to the fire tower ...  My first day this season up the mountain was a schedule 5, which is the highest fire danger rating on the scale from 1 to 5. It's a different eco system up so high. I spent most of the day fighting stink bugs, those little black and orange ones that looked like wasps as they flew towards me. They were so enthusiastically mating during their mass stink bug orgy, that they got stuck in my hair or on my clothes and I ended the day feeling quite dirtied. For those of you who don't know the Australian bush, stink bugs exude an oxalic (or similar) acid that I guess is a pheromone to fellow stink bugs. For me, it's just gross.

My colleague on the fire tower said he quite likes the smell, which is weird.. But we are weird anyway, as is the tendency for most fire watchers. In America, people like us are called freaks on peaks because, after a certain amount of time at the top of a mountain looking for smoke, the brain starts trying little tricks on us. It's a very similar experience to being at sea: long periods of boredom punctuated by moments of intense anxiety and having to be alert 24/7. That's probably why they hired me and also why we are not allowed to work more than four days straight. Our eyes get sore. Our brains get sore.

It was one of those hot, steamy, thunderstormy days when every bug in the universe hatched out. Apparently lightning was approaching. We are told that when we get lightning at the top of the mountain, we should stand on the wooden floor of the tower and "not touch anything". I'm just glad the comms tower is earthed out. 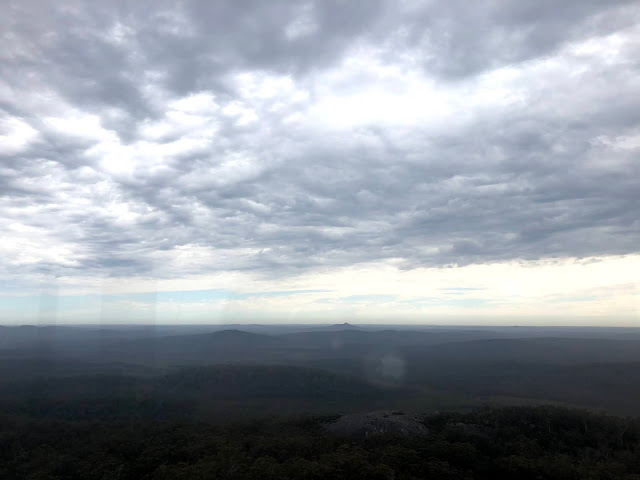 The Dogs are in the Senate 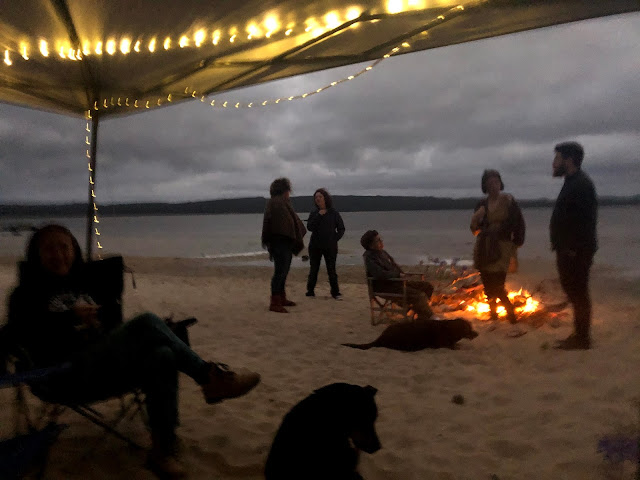 Christmas night was spent on the beach just down from my house, with way too many dogs who worked their political hustles like pros in the senate. Dog politics, whoo boy. Sister set up the gazebo with fairy lights, Dad and I ambled around the beach looking for driftwood. Someone managed a potato bake. Someone else organised a salad and I roasted a chook with the plastic blood bag intact beneath it on the tray. When realising what I'd done, I watched everyone closely but no adverse reactions. The chook was splendid and so, with full bellies and dodgey director chairs thrown on the fire lest there be a worse incident, we whiled away the night. It was windy and quite chilly for a Christmas Day but this is the south coast we are talking about here. 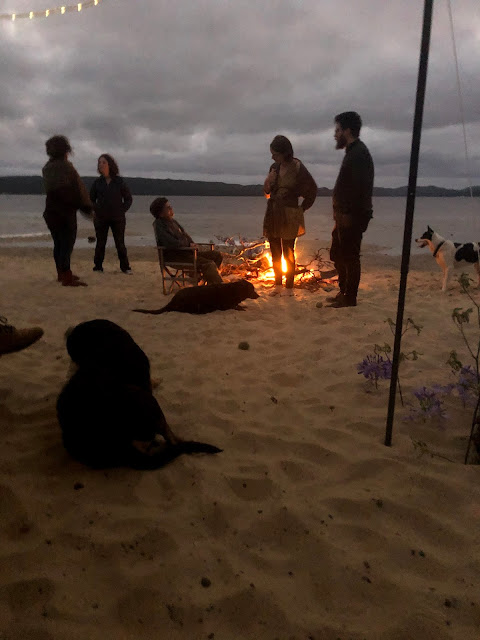 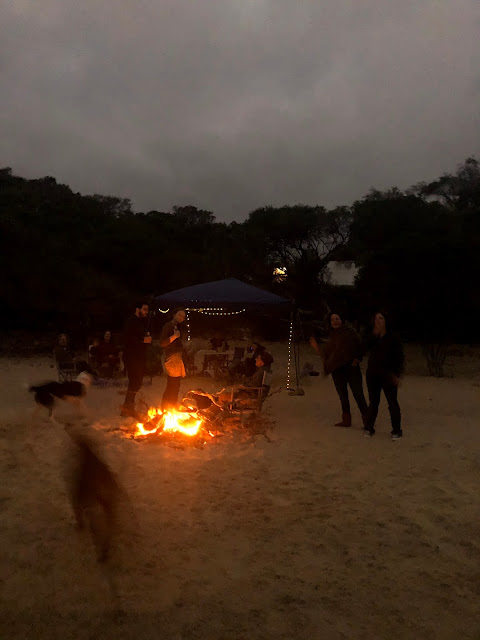 In the warm dusk water

I love the sound of kids playing, that rising and falling cadence of a dance, like faux brawling puppies. Sometimes when families come to stay at the AirBNB nearby, the parents apologise for the intrusion on my solitude and all I can say is ... 'that sound of kids playing is just the best.' It's so quiet here, most of the year. During the winter double grey months on the inlet, the silence is so absolute that I can hear the old tinnitus in my ears. The sound of children reminds me that it was once peopled extensively pre-colonisation ... that the sound of children is nothing new and also a kind of loss.

My dog Selkie loves it too when kids come to play. Selkie is a great healing dog for anyone, child or adult, who is afraid of big dogs. She looks scary initially, being a big rotti cross, but all she wants is to be loved/patted/sit on the lap of a homo sapien.

This evening a mob from the city turned up to stay at the AirBNB. Their son fell in love with Selkie on the beach and I had to cut a phone call short to make sure he got his cricket ball back. Selkie doesn't give up her trophies easily. She claims ownership over every spherical object on the beach. 'It's a bit slimy,' I explained to the boy, after I'd extracted said ball from the dog's jaws. 'Take care and don't tease her.' Selkie has a squeaky ball that looks ominously similar to the COVID19 virus, so I gave it to him to do a bait and switch with his own cricket ball.

Naked babies wallowing in the shallows at sunset. Their parents told me this is heaven. I tend to agree with them. Selkie had a ball, pun intended.