"The inspiration for The War of the Worlds came one day when Wells and his brother Frank were strolling through the peaceful countryside in Surrey, south of London. They were discussing the invasion of the Australian island of Tasmania in the early 1800s by European settlers, who hunted down and killed most of the primitive people who lived there. To emphasize the reaction of those people, Frank said, 'Suppose some beings from another planet were to drop out of the sky suddenly and begin taking over Surrey and then all of England!'"

I've long held a fascination for Tasmania, usually from afar, but occasionally felt its soil and trod some beaches. The country strikes me as paradoxical: beautiful, gothic and mysterious with a silent undercurrent of trauma. A most ferocious Fall, plastered over by a blithe tranquil Eden. 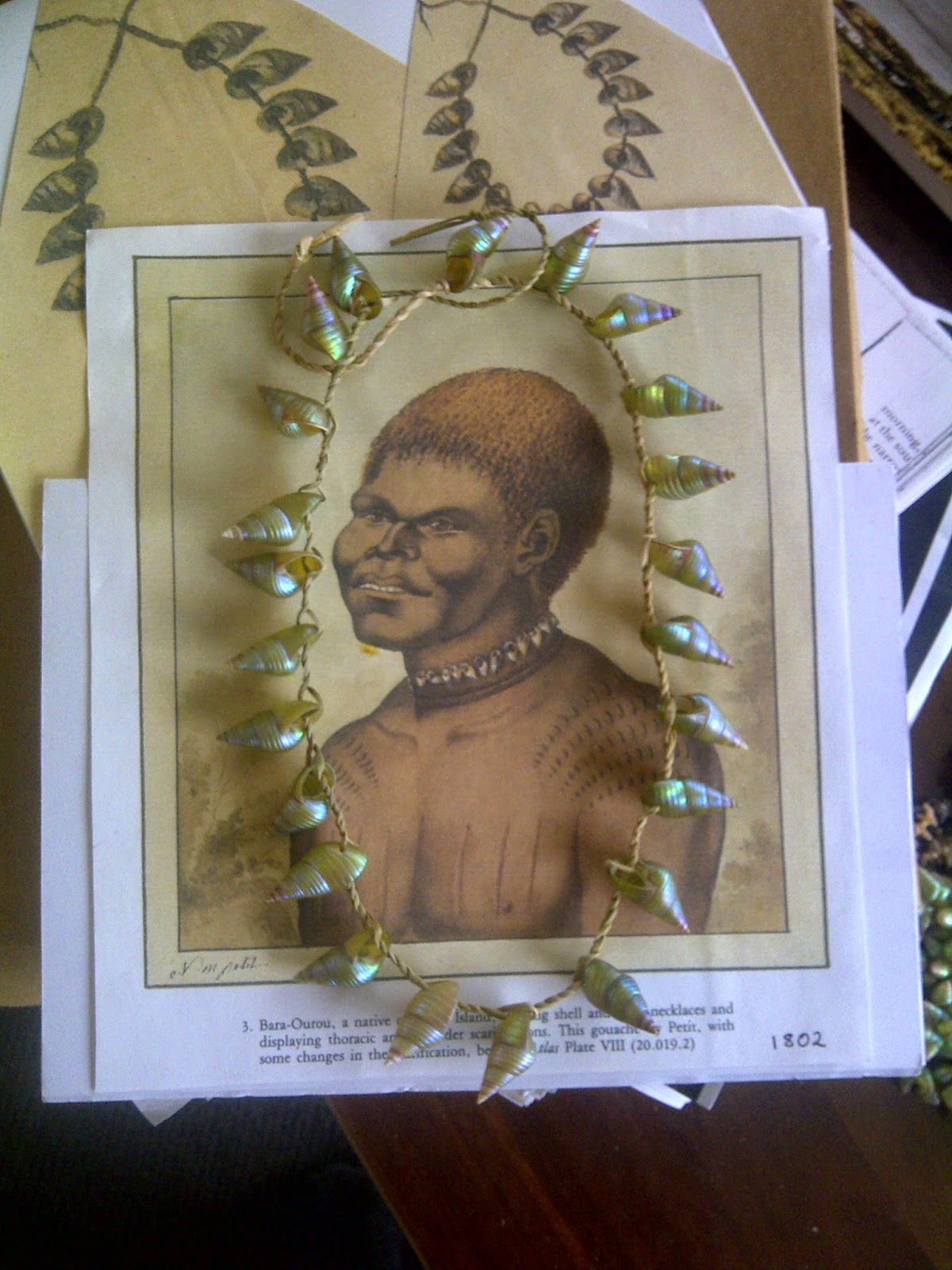 I first stumbled broke and alone off a yacht at the Salamanca docks after weeks at sea and no idea what I was going to do except fake it. I'd just turned eighteen. My face peeled in flaky layers and the ground swayed beneath my feet. I hitch hiked out of town on the road near where MONA is now. I got into a beige Subaru with a man who'd seen me while he was driving into the city.
People, don't ever get in with a driver whom you just saw going in the opposite direction. Just don't.

After disentangling myself and my gear from the drunken Romanian who'd insisted he was driving me to Launceston where I was to be his chattel and wife, (it may have been a cultural misunderstanding ... nah ... he was just an arsehole) I found myself in the tiny midlands town of Oatlands, where tumbleweed blew down the single street lined with grim Georgian buildings with small windows. I found a job in the last pub north to sell Cascade and the first beer I ever poured in my life was a Guinness. Because there was a new barmaid, the whole town was there to watch that one.

Recently I was telling this story to a Tasmanian man as we drove from Perth to Albany. Jim's ancestor was one of the sealers living on Breaksea Island in the 1820s; a white man who wore wallaby skins and moccasins, a rough man up to no good in pre-colonised King George Sound. He later returned to Van Diemen's Land and married a Pallawah (Vandemonian) woman. Their descendant Jim is an Aboriginal activist, writer, poet, playwright and fisherman. We were driving down to Albany so that I could interview him alongside Kim, a brilliant local Noongar author, for the Great Southern section of the Perth Writers Festival.

Pallawah politics can be divisive, rambunctious, adversarial, strategic, emotional, cohesive and informed ... all of those things from a people who, a century after the death of Trugannina, were getting rather tired of being told they didn't exist, yet copping the social stigma of being Aboriginal. 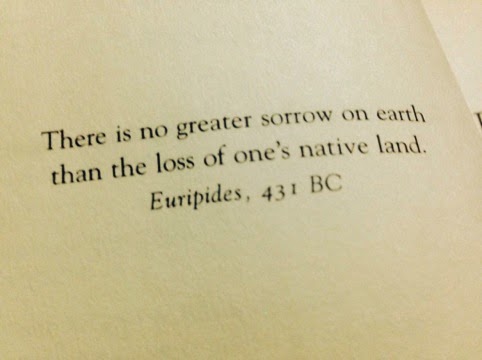 During the drive, I talked about the first time I met Michael Mansell and Jim nodded, grinning, the whole way through the tale. I'd wandered into the Hobart Tasmanian Aboriginal Centre as a very naive eighteen year old, thinking I'd like an image of a turtle for a tattoo. Yep. I still blush when I remember the smooth, good-looking man in a grey suit and tie sit me down on the green vinyl bench and give me an eloquent ten minute lesson on Pallawah culture and why I should probably just go away.

Jim's worked with Mansell for thirty or forty years. 'Here's the recorder on my phone,' I gave it to him and showed him how to press 'record' and 'stop'. I knew that Jim had gone with Mansell to see Gaddafi in Libya in the 1980s. He had a tale or two to tell and he was happy to tell it, as we drove.

Jim has the edginess of the political brawler himself but when he's not travelling or writing poetry and articles about Pallawah sovereignty, he sounds like he's happiest cutting rust out of the old ute on his Cape Barren Island home, going fishing and cooking up a mean sea pie. He is a gentle, gracious, thoughtful soul who swears that mutton bird oil keeps him limber. He was an absolute treasure to be around during the week he stayed in Albany. 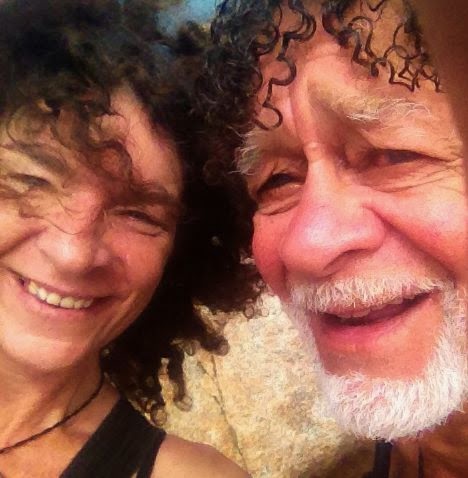 His talk with Kim began with historical comparisons between what was going on in the 1820s at opposite ends of the Southern Ocean. King George Sound was presented as a model of frontier civility whilst run by the Commandants and later given the (contested) label the 'Friendly Frontier', whereas in exactly the same period Governor Arthur had declared martial law in the north of Van Diemen's Land, effectively sanctioning the wholesale murder of Aboriginal people. There were roving parties, the Black Line and an intense, violent war that raged for four years. Walyer ran her own war, leading a guerilla band across the north, settling scores with Europeans and Pallawah alike, cementing her mythic status as the Vandemonian Boudiccea.

('I want to write about Walyer,' I said to Jim, still smarting from his laughing at my turtle tattoo story. We'd stopped for lunch on the highway. 'I'm not Pallawah. I'm a rank outsider but I've been obsessed with her for years.'
'Do it then,' he said. 'I know a bloke who can help you out with that.')

That two contemporary Aboriginal writers from such different histories could come together in one room and potentially find common ground in a room full of people was something that I was both thrilled and bloody bald naked terrified about - but the session seemed to work. It did work. It was just great.

Regarding Jim's Albany Highway recording of his trip to visit Gaddafi and his years of activism, fishing and family life, I am still transcribing. It's a ripper of a yarn, coming soon to A WineDark Sea near you. X 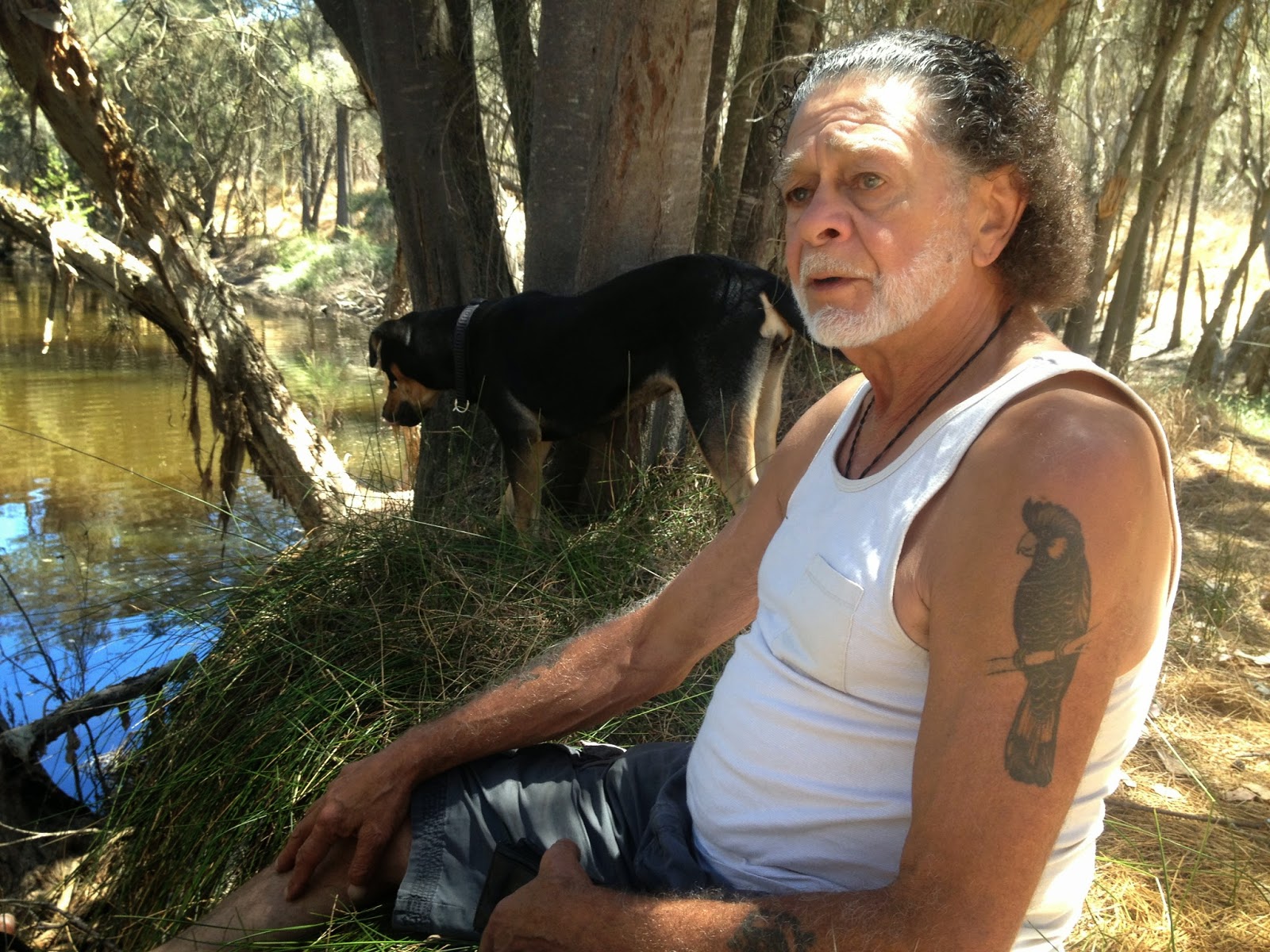 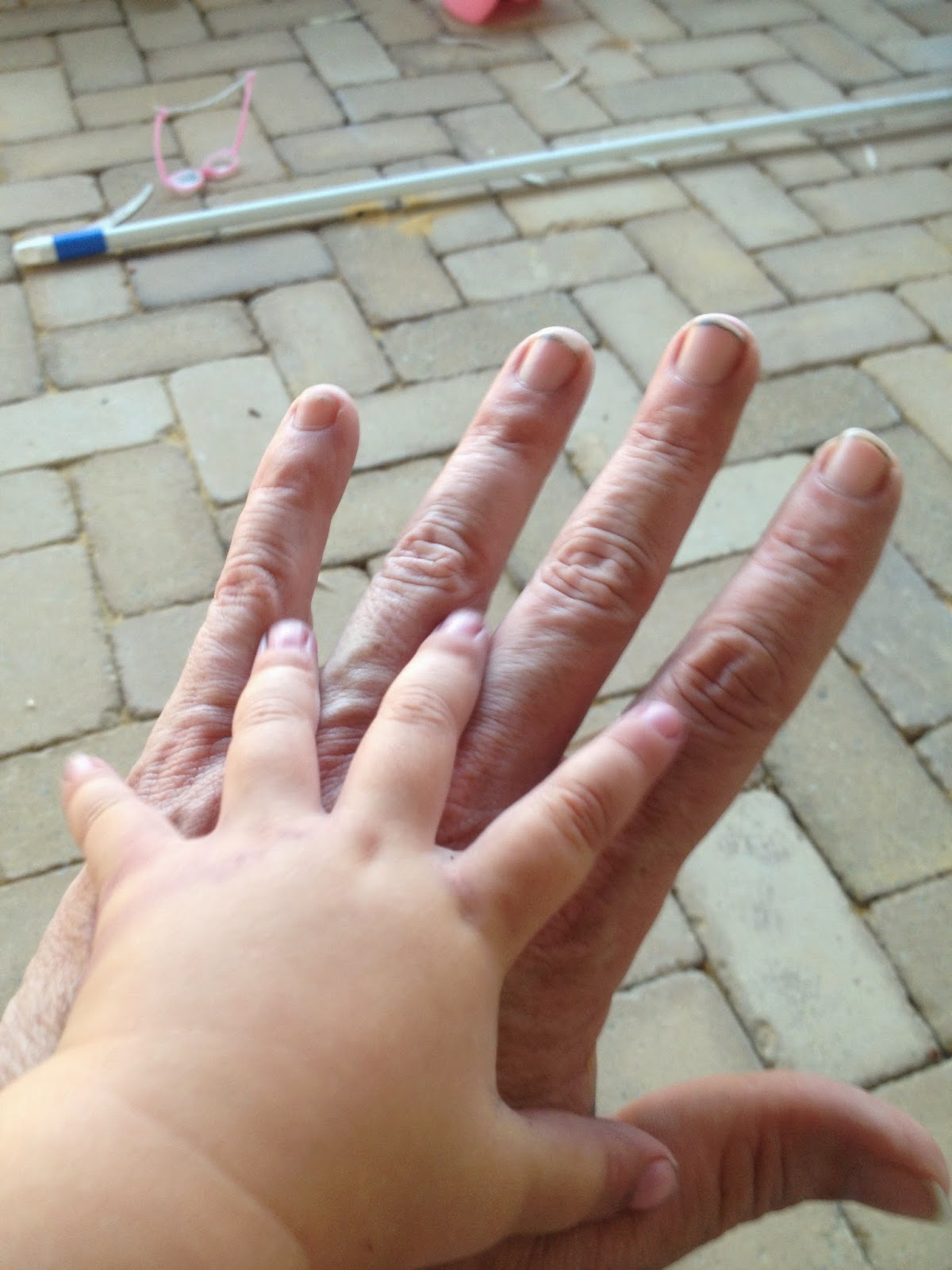 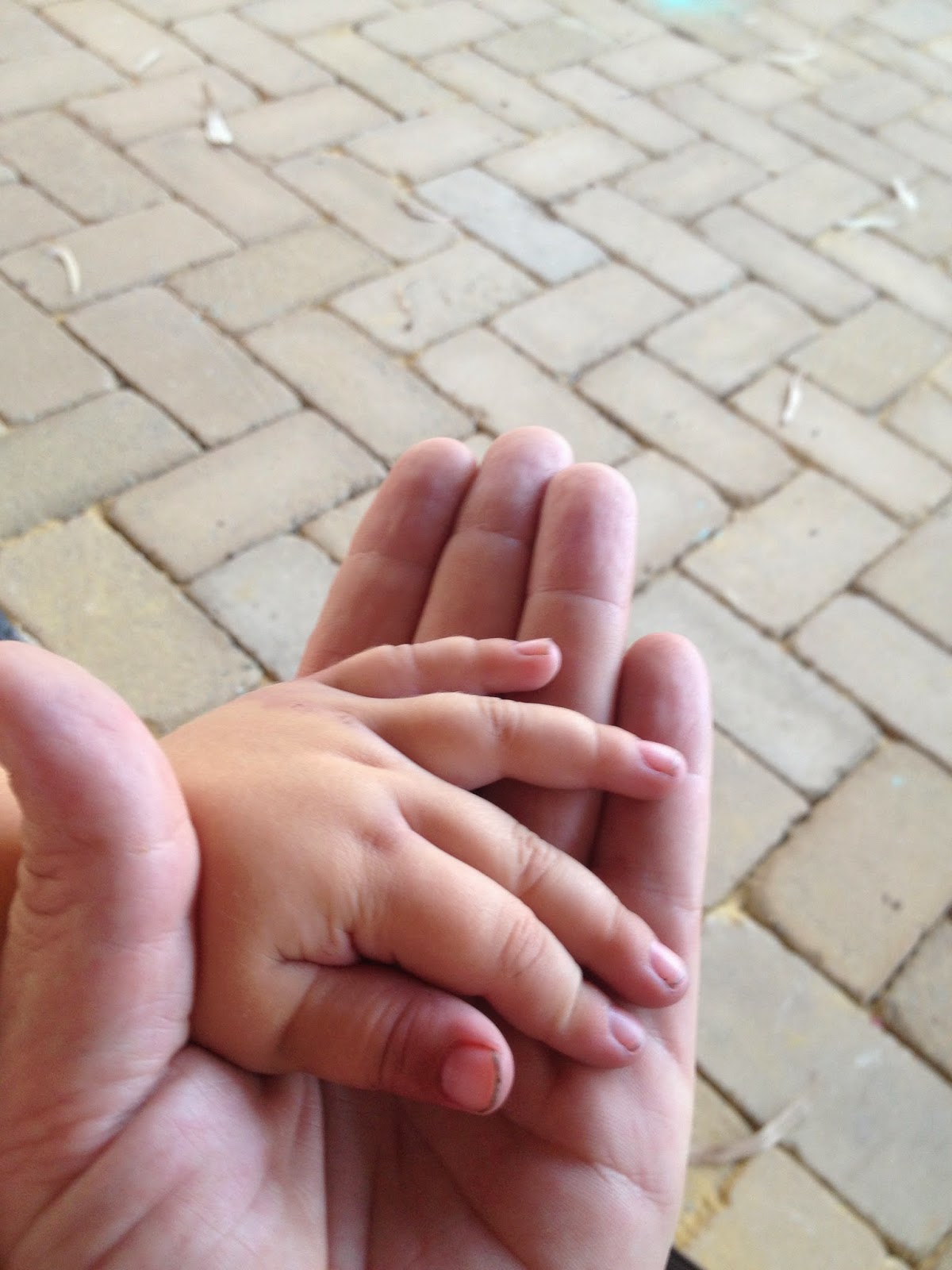