Even though it is a lovely day today, I was stood down from the fire tower as there has been rain all through the district over night. When I climbed up there last, the cloud was so low I could barely see a thing but the forest was breathing in the mist. As you can see below, the karris are moulting again ... as the swans are too, out on the water. 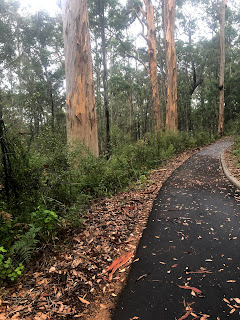 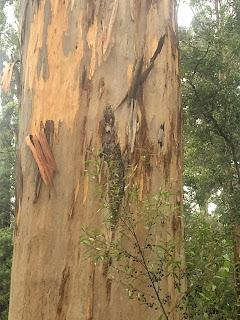 ... and heading higher, into the granites, the moss and the marris, as the country changes suddenly ... 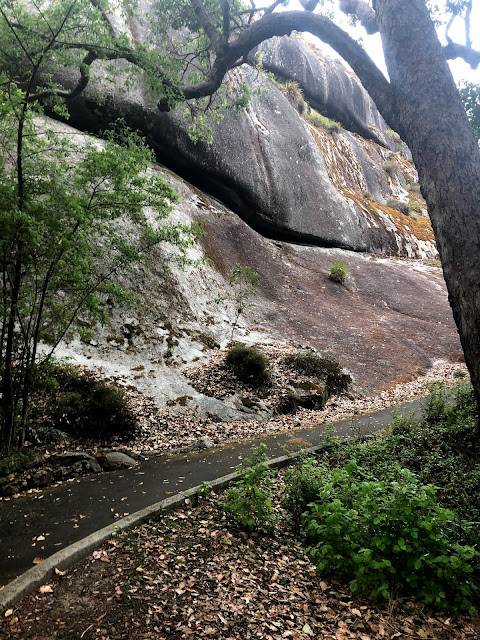 I'm feeling quite posh these days (more about posh later), as I no longer have to drive five bone-jarring kilometres along gravel to the in-range spot to ring my boss and ask if I'm working today. Getting a satellite dish and wifi means I can ring work from my home and then pack my back pack with supplies, driving off sure in the knowledge I'm heading up the mountain.

So today, after the early call, I took my work boots off and thought about prepping for my other job as a tutor at the uni. This semester, as well as working with the School of Indigenous Studies, I'm tutoring a couple of English courses and one is all about the Classics of English literature, the canon, so to speak.

The canon has all sorts of definitions and can be applied to religious law, relations of power or an appeal to authority, among others. It's always interested me as an Australian, in particular a West Australian, whose people in 1933 entertained our own version of Brexit ... 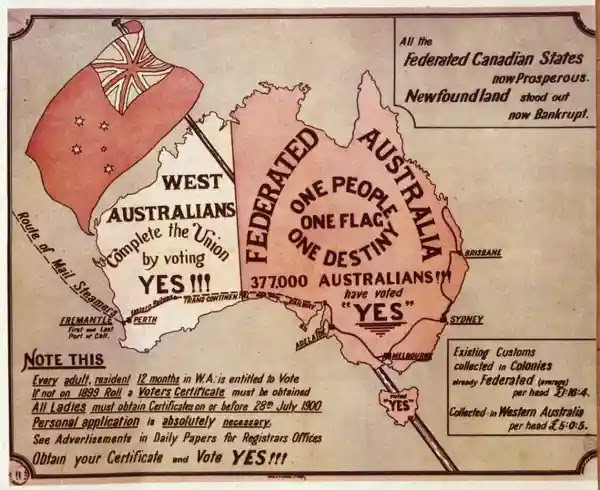 ... to read classic English literature, while simultaneously learning about the colonial and pre colonial history of this continent and the expansion of western empire. So much of our English language, although never in stasis, is bound up with European notions.

Did you know that the word posh comes from Port Outwards, Starboard Home? The word comes from the early days of Trans-Atlantic cruise liners. If you were rich enough, you could buy a cabin on the port side where the sun was always sunnier on the way out, and then on the starboard side on the way home. Poorer folks paid economy class and stayed in the shade all day long, for a trip that may last weeks. Now, if this were in the Antipodes, the first class would be called SOPH, starboard out, port home but no such word exits. So now us Aussies are stuck with the word posh.

It's a tricky business to appreciate classic English literature and its social/political activity, whilst also appreciating the attempts to dismantle the ongoing colonial activities in this country. We are not even Antipodeans anyway!

The antipode is basically the point on the opposite side of the earth's surface to you. It can be translated as 'the opposite pole'. We're only called Antipodeans in Australia because, based on European language, we are at the end of the earth, when in reality, we should be calling ... um ... well from where I am, the island of Bermuda the Antipodes.

According to this map, if I burrow from my place to the Antipodes, I come out somewhere near Bermuda, off the coast of North Carolina. Hi Jennifer of Sparrow Tree Journal!

Not sure what to think about this

Okay, so there's this thing when it comes to ethical considerations of what is wrong and what is right. I've been plundering my own mind about this for weeks, so please indulge me.

Two nights ago (actually it was four am to be exact) my dog killed a feral cat and I watched her do it. I had a torch. I was in my underpants and wearing ugg boots, as I watched the dog swinging a cat around and then, because she didn't actually kill the cat, I had to do it myself. I later used the same pitchfork to put the dead cat onto the back of my ute, with the intention to drive the carcass to a place where my dog couldn't possibly dig it up again.

This morning I had a visit from some inlet friends, and on seeing the carcass on the back of my ute, they said,. 'I see you're collecting cats, You are like the cat woman of Broke Inlet.'

Selkie is sleeping outside tonight, on guard against future cats or other interlopers. I'm really worried she'll go after another mammal. Her attitude against ferals is really interesting. She had a domesticated cat for company (Ebony) since I got her as a pup and they seemed close friends but she goes hard against (and does kill) feral cats.

'She's turning into a bush dog,' my Mum said. My dog has killed two feral cats now and drowned a kangaroo. 'I'm not sure what to think about this,' I say to my inlet friends. 'She's a good dog ... but. Bloody hell.'