Attending the Mining and Gas Conference

After the opening party of the Perth Writers Festival I tried to get home to my daughter's house across the city.
A flock of children's authors descended upon me like raucous budgerigars at the opening, brandishing street-side witch's hats as megaphones and shouting bad jokes and anecdotes. There was the rather lovely South American waiter who clocked that I liked the free shiraz and cruised by every half hour to fill my glass. There were the international authors who had flown in that night to perform, talk and flog their books the very next day.

It was balmy. I was wearing stockings and quite bamboozled by the celebrities. You know, I'm not used to this stuff; the fly in, fly out whirlwind of people who stay long enough to say something really good, connect with other industry sorts and talk about writing books and then leave again. I don't know if anyone gets used to this state. It was inspiring and heartening. But I was thinking about how to deal with the heat, my daughter in transit across the city with her daughter, the killing of an asylum seeker at Manus Island, what to do when I returned home to Albany. Anyway, I had to sneak behind a tree to take my stockings and shoes off in the meantime.

So I left the artists' party quite drunk, jumped on a bus to the city, intending to catch a connecting bus to Pearlie's neighbourhood. In the city, I read that the last bus had left for Como two minutes ago. 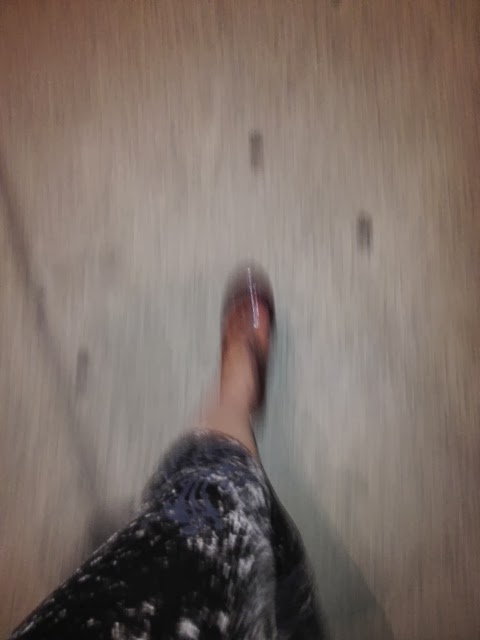 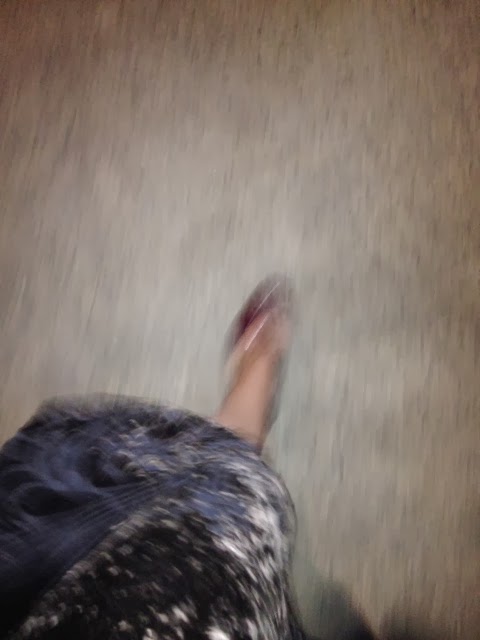 I walked upstairs from the bus station thinking I would call a taxi home. I ended up in a deserted shopping mall, with bright white tiles and only the cleaners and a few vagrants walking around. One man sat with his swag of belongings on a plastic chair and sipped from a water bottle. They all watched me get more and more lost. I didn't even know the phone number for a taxi.

I asked an Asian Australian cleaner about a taxi but he didn't know where to catch one so I went across the road to the entertainment centre. By then it was midnight and I realised I was present at the closing cathartics of the International Mining and Gas Convention. Now this is West Australia guys. Sharp suited men, men with their shirts hanging from pot bellies and black pants, and women in nasty red dresses spilled from the centre, busy on hooking up after the scrutiny of the conference. Men gathered in herds with didgeridoos slung over their shoulders. Price tags dangled. Everyone was drunk. 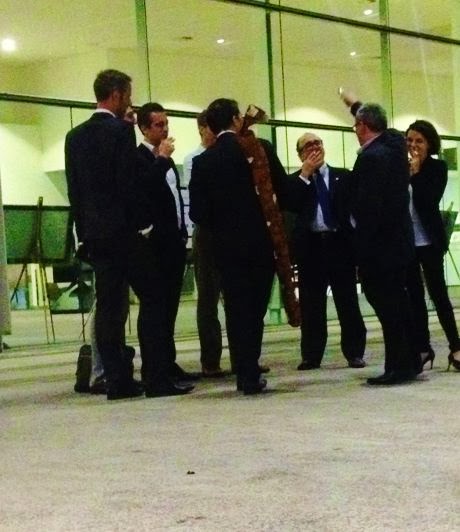 They were leaving the entertainment centre and catching the taxis that were like magical unicorns to me. By this time, I was thinking Wake in Fright. I was one moment away from my night being a fun extrapolation of a writers' festival to ... being found naked and spread-eagled in a gutter in the sordid light of morning.
Well, it might have been not that bad but I was aware of the potential. One woman shambled beside someone she'd just met, arguing the Catholic versus the mainstream Australian ethos. Both of them were shitfaced and looking for a taxi.
Great. So.
I sat on the bench and played Words with Friends on my phone. C'mon taxi driver. Take me home.
When he finally arrived forty five minutes later, we sat quietly as he drove. He was pragmatic. "If you miss the last bus, you have to ask your family to drive you home."

So I was walking my bicycle up the main street of town two days ago, when a silver car screeched into a parking bay ahead. A stranger jumped out and hurried down the street towards me.
"Is your name Sarah?"
He was fairly short, tattooed and bright eyed. He thrust out a brawny arm with a huge hand on the end of it for me to shake.

"I'm Rodney. I just wanna say I've read your book and its fucking awesome. What a piece of fucking work. I was just going going up the street and I saw you and said to the missus 'I reckon that's that chick who wrote that book.' I said 'Pull over and I'll tell her how much I liked her book.' Oh, I really did mate. I've been working all my life on prawn trawlers out of Canarvon and you nailed it. The stories I could tell you mate, the fucking things that happen at sea. I got a whole book myself. Anyway, hope I made your day. It's a fucking awesome book mate. Nice to meet you."

And then he ran back up the street and jumped in the car and he and his wife waved out the window and beeped the horn as they drove off.
Which was fucking awesome.

Deep River Dreaming
He speaks her name often. He says it out loud to savour her, to recreate her, as we all do when we love and lose. He speaks her name aloud again and again, just to hear it, to make her company real in the kitchen where her presence shouts out its all too sudden absence: the pottery curios, wind chimes, herbs and spices, a metal lizard drilled into a mud brick wall.
He speaks her name.

It's  a Pencil Day
The cod fisherman spent one day with a pencil and the other with a gaff. He knew the history. Cold blooded cod were fished for their warm oil for centuries; from Vikings to the sushi market. Wars have been fought over this fish. Their properties for preservation made them exportable in an age of subsistence and on a diet of dried cod, a particular kind of man could travel more sea miles than ever before in history. Think about that. A humble cod.

She was harrying fish out of his nets when he caught her. It was Pencil Day. He was paid to fish, as his father and his father's father were paid to fish but the rub was that this was one of the last places in the world where cod were plentiful. So he was also paid on alternate days to record all the fish he caught, and then throw them back, hence the pencils.
He wasn't expecting an angry, toothy mermaid.

When they got her on deck, the wide-eyed kid said, "Let's keep her, Boss."
"Let's not," said the fisherman as he stroked the length of her body, her skin and her scales. She snapped at him. He wondered how he could roll her overboard and into the sea.
"It's Pencil Day."
The deckie held his breath and then blurted. "Fuck it. Let's keep her!"

All the dogs in the town set up a collective howl to the sirens of the ambulances hurtling towards the jetty, for the boats that had made it in from the banks.

Streetside
It's a web of stories bound up in a single strand of secret.
The scent of leatherwood and moss and running water and waves upon a beach and a ceiling of stars. Always stars. Always at night.
We clicket in the ditches like foxes, he and me, night after night after night.
Streetside we are not so easy.
Streetside all I can do is stare at his hands.
He talks to the man next to me in a cafe.
I just watch his hands and his body.
I want to be inside of him at the moment where I know the thrill of his belly against white water and I'm jealous of his hat, his hands, his easy speech.

On birthing granddaughters
And so it becomes the tangle of tubes, of tape and the beeping of monitors, of midwives clocking on for their next shift. (They all wear Birkenstocks.)
I could have done it. I would have been a contender for the perfect birth partner, until my daughter's epidural. Then I was sitting (quite suddenly) with my head between my knees. It was something about seeing a needle getting inserted into my daughter's spinal cord, mid-contraction, that felled me.
I wondered, when we lifted her from her precarious, anesthetized position on the edge of the bed to the middle, how people with drips attached to their bodies seem so unconcerned about them, and me worrying about ripping off her 'life support'.
(A dragonfly beats against a point of light on the ceiling and the black cat stares upwards.)

Driving the Ongerup Road
I was driving the Ongerup Road to Perth, through the Stirling Ranges and the sun shone sideways into my car. I drove by the salmon gums, past wheatbelt towns with their old, towering pubs, past the novelty letterboxes and roadside crosses. I was playing music, an orchestral movement with the ringing of bells. I kept on pressing repeat as the sun set and I drove into night towards Arthur River.

And the whole time I was driving, I was thinking of you. That vision of you in the loft with a thousand birds carrolling all around us this morning. The hum of bees in the mallee flowers. Your sharp teeth on my nipple. The strange departure at the roadhouse. I was bleeding, I'd been bush for weeks, my hair was matted, your kids were on the phone, we got into range and it was Fathers Day.