Nanna Sarah in the Firetower 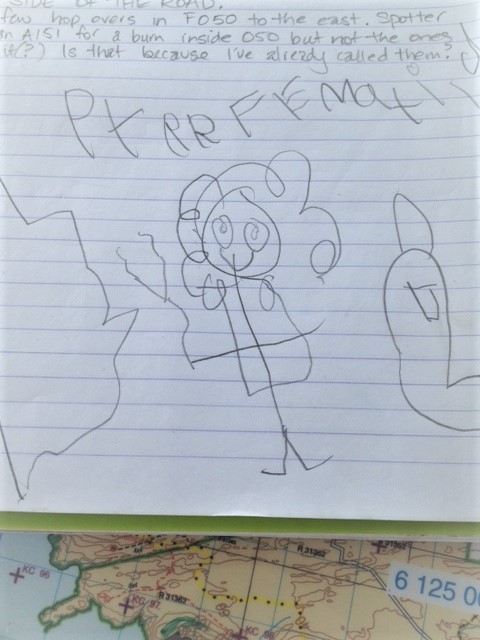 At the car park, the forest smells mushroomy and damp, despite the plumes of gravel dust drifting like smoke away from my old car. I double check for tower keys, phone, water. One climb a day is enough.

The first bit of track is quite civilised, black bitumen littered with karri leaves. I pick up the stick I'd thrown by the path yesterday. The stick serves to help me along later and also make me feel better about the snakes. The north-facing Caldyanup track is their morning powering up spot. It gets steeper, past a face of granite that is almost emotional in its gravitas, an interpretive plaque squatting at its base.

At the foot of the steps another plaque tells me that the rest of the climb is not for the faint of heart or foolhardy. I always wonder at this: is it a dare to the faint of heart or foolhardy to defy the advice. I don't get it. It's time to take off my jacket, tie it around my waist and shoulder my pack again. This is the only time I stop on the climb. Of all the little rituals to the beginning of a day's work, this one feels almost superstitious. If I stop it's harder to get going again and anyway I'm aiming for a faster time than seventeen minutes.

By the first ladder I'm pretty puffed out but the two ladders allow a cardio reprieve, so long as my stick doesn't get tangled in the rails and send the soles of my feet tingling crazy. More stairs, concrete slabs with initials etched in and I wonder at who lugged up those bags of cement. I use the stick now to haul myself up the stairs, past the grass tree bleeding resin.

Seventeen minutes, again. At the peak, it is so good to wash my flaming face in the little rock hole, then face the wind and have a look around. There are two fires out there that I know of. I can't see them with the naked eye but I know they are there.

The little brown skink that I feed blowflies to lolls about on the step of the tower but slips under the door when I get out my keys. I open the door cautiously - snakes get in here occasionally - and check the first floor of the tower. Push up the hatch, throw up my back pack and water bottle, climb the little ladder.

I wind up shutters north, east, south and west. A gecko slips away as the light glares in. It's really clear today, visibility is ones all round. I can see the Stirling Ranges 145 kilometres to the west and Mt Chadalup to the west. I can see the inlet where I live, lying out across the country like a slip of silver paper.

Beep beep and the radios are on. Spotter pilots from nearby districts are calling in their position and the tower becomes thick with static and 'roger' and 'copy that Spotter'.

'Office, this is Tower.' I wait with the radio, scanning the hills.
'Go ahead Tower.'
'Hi Office, Tower is up and running for the day. Visibility is one all round. Standby for smoke report.'
'Roger Sarah, Tower open.' 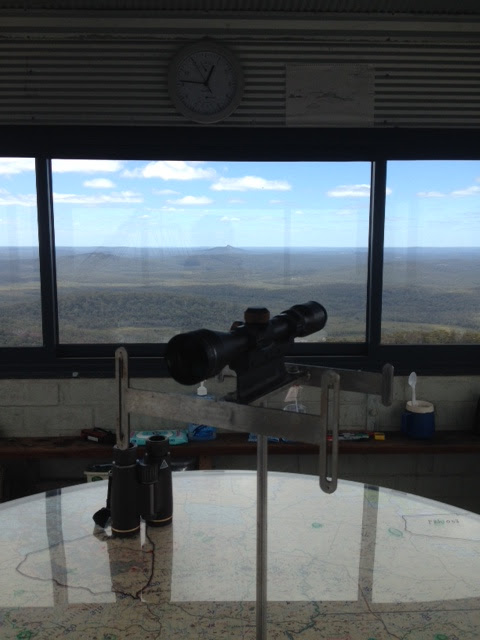 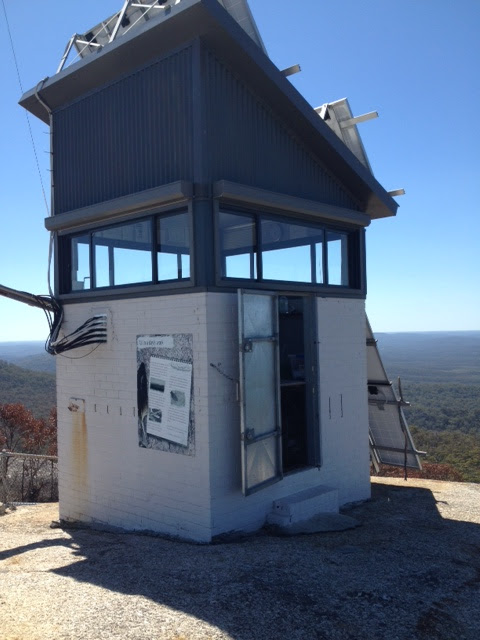 She really is a lovely dog but she smells. A lot. When I go to work, I know she creeps onto my bed because I can smell that funky scent in my sheets later. The bloody dirtbag even pulls back the covers. Apparently her scent derives from being short haired: the oils she produces to stay warm kind of go off after a while. When she gets bad, we go down to the inlet shore and I throw out a stick. She fetches it, I rub dog shampoo through her coat and throw out the stick again. The simple life.

Her and the cat have their daily fight, often in the evenings. She growls, howls and snakes her neck at the cat, inching closer and swinging her claws at the cat. Close, but never too close. Haunches in the air, tail waving. Cat growls, fuck off you baby punk, and retreats under the bed where she can strike better at the dog in the dark.

I patted them both goodbye yesterday morning on my way to the fire tower, started up the car and got a hundred metres down the corrugated travesty of a track when I realised there was no phone to plug into the car charger.
I walked into the house and there on my bed, set up in the living room next to the fire, was the dog and the cat, lying curled around each other like two commas. 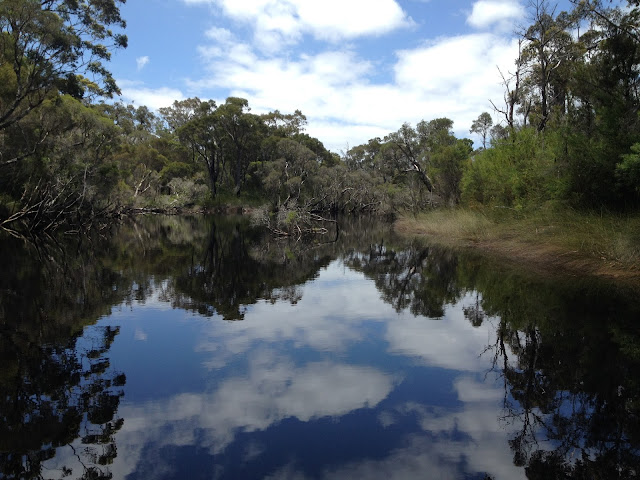 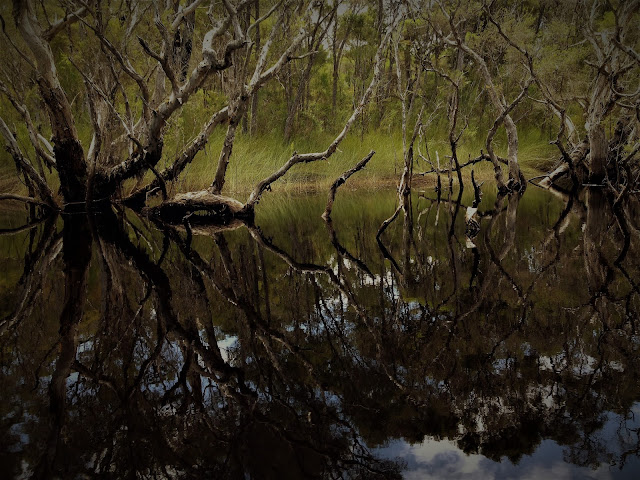 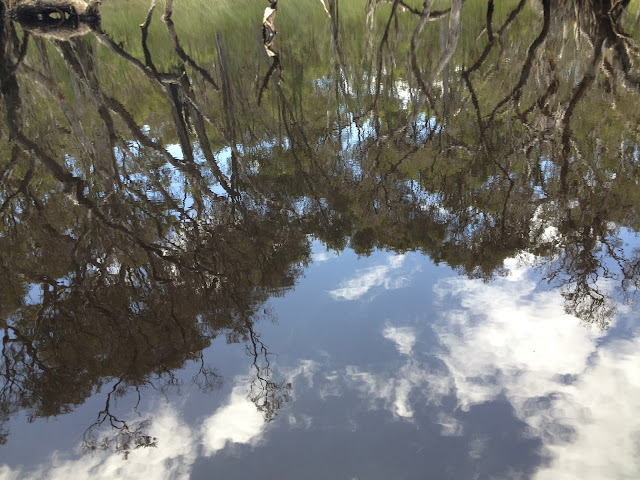 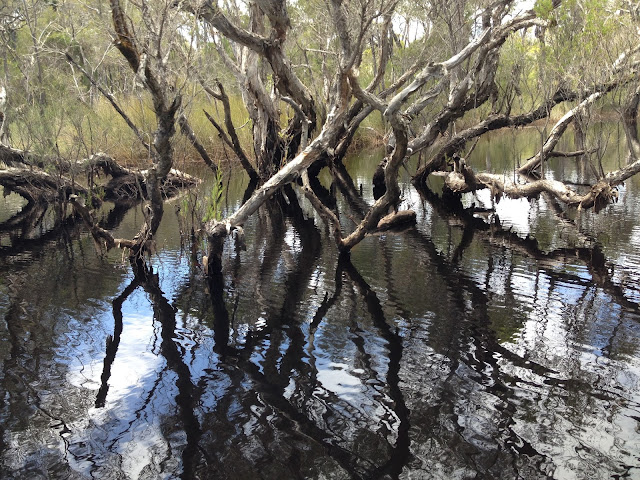