Fire in the Water

I rang my mate Seashell today and she said, whilst schlepping her seashells to sell, 'where did you go Sarah? It feels like you've dropped off.'
'I dunno,' I answered. 'I'm here. Where did I go?'

Broke is where I've gone. This is not an economic state that I entered into but a place, though the place is conducive to the former for voluntary inmates. I went to Broke to write a book about a man who lived here a long time ago. I'd been plotting my escape for about twelve months. I've since found out that I'm living on the same property as my subject, overlooking the estuary, watching for footprints, people or boats ... feeling like royalty in paradise and at the same time that senseless, timeless, 'why am I here why am I here why am I here why.' I have only myself, no powerful kingdoms or men to overcome, only myself in those hours when the silence falls so complete it feels like profound deafness and for the first time in my life I have heard my own tinnitus.

It's not all stasis, silence, netting mullet and existential crises though. I've been working on the final edit of my novel about the sealers and Aboriginal women who travelled from Bass Strait to King George Sound in 1826. Fremantle Press are publishing the book in the first week of July. Oh my fook. That means I have another week to get a final copy to the editor, who then sends it to the copy editors. Who then check it for mistakes and that's about it. I think it goes to print in January or February. That really is bloody it.

It has a title now.
Fire in the Water.
I love this title because it involves the one scene in the book when all is right with the world. William Hook, Moennan and the child are fishing at Waychinicup and they come across phosphorescence in the water. Moennan is standing, poling the boat across the shallows. All three see the lights coming up from the sea and know there is beauty in the world that transcends every trauma and brutality they have experienced in their short lives, if only in that moment.

This week, I think I may also have a job, as well as a title for my next book.
'But you've just written a doctorate!' my uni boss said today. 'Why are you pumping diesel and making coffee?'
Because I need to turn my hand to something other than the keyboard. Because I need income. Because no woman is an island. Because books don't pay. Because I would like someone other than pig shooters to talk to. Because.
Posted by sarah toa at 7:07 PM 17 comments:


Oh, it is so tempting. The line I went straight from Broke to the Casino is just gagging for it. But that really is what happened. I drove from this: 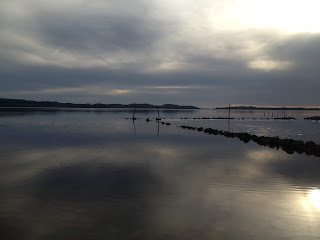 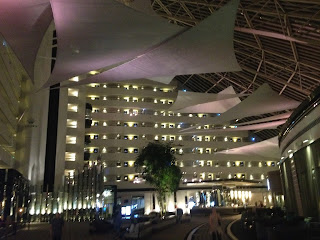 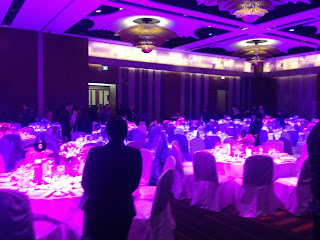 I’ve never been to the casino before but it was easy to find, rising over the skyline like a top-heavy cruise liner. Maybe a live sheep ship would be a more appropriate description, though it smelled a bit better.

The contrast in habitats that bookended my day was extraordinary.
A smoking fire, several dogs, a riffling wind on the skin of the inlet, peppermint tree flowers dropping onto black earth like snow. Five black swans in a line on the water, the air spackling as they shattered the silence taking off, their strobe flash of white and black wings.

A car park patrolled by casino security and a man in hi-vis, shorts and joggers carrying a plastic bag, looking for cigarette butts. Then marble stairs and escalators and psychedelic carpets and lights and bouncers and pokies and high heels. A constant heart throb of music.

“They get a bit rowdy,” said K, who’d spent twelve months organising the event, “because they haven’t seen each other for ages. This is about the only time they get together.” And she was right. It was raucous, warm and collegial. After all that I drove to my daughter’s new house. Well, that’s a detour around the truth because I did get lost in the boondocks for an hour or so. Then I fell into a mattress on the floor and woke up the next morning to Pearlie and Gracie.

Gracie, ahh Gracie, grown so robust and talkative … I feel that generational heart skip when I look at my granddaughter. This child is of my own ilk, I think. She knows me. I know her. She is nearly three. I understand her moments of fury and cackling hilarity, her curiousity, aloofness and generosity.
“Nanna Sairwa,” she said, pointing to my tree necklace. “Can I put it on me?” 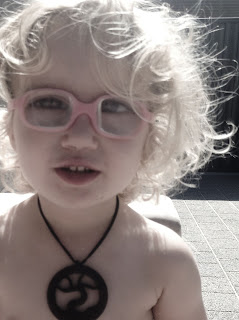