Bird and I went hunting in the bush for shacks.

It's shack country after all, the country of old mining ventures and recent ancient massacres. Anyway, after several wrong leads that ended up being kangaroo tracks, we found the shack I'd come across years before, by the side of the River Steere. 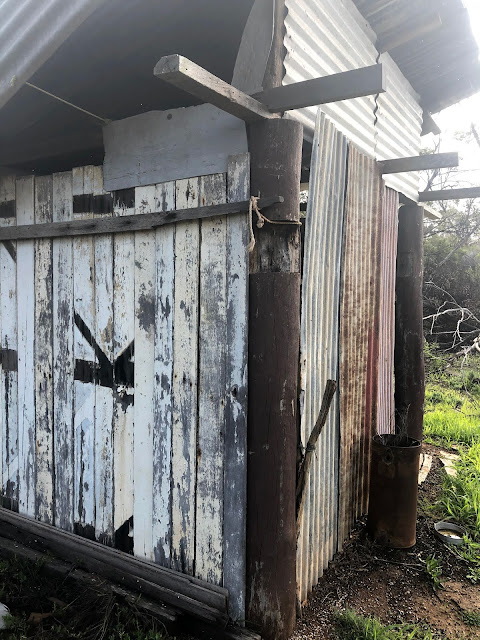 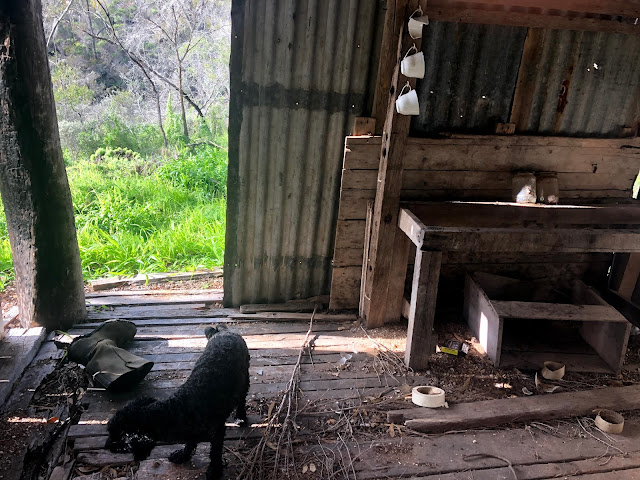 It'd been built by an idealist and by the tea cup hooks, I'm thinking an aesthetic thinker too. There was a pile of kindling protected from weather by tin, a well, created from an old rain water tank that had a run-off tin, a fish smoking set up and an open rainwater tank with a stick thoughtfully placed in the centre to save bees and other critters from drowning. The sense you get from this shack dweller and their thoughts is that they were profoundly sensitive to their environment, yet wanted to live within it.

Bird and I went down to the river to have a cup of tea from her thermos. We didn't talk about the shack much. We hadn't seen each other for a while and there were more important things to discuss. We drank from paper cups as the pups whizzed around on the river bed.

It's gold country, hard country. It's easy to imagine a man building this shack, smoking fish and panning for gold, living on the edge of the river.

I never saw myself as Davy Crockett when I built a shack about 20 kilometres from where we sat. After we'd had our cup of tea, Bird and I walked back through the flowering hakeas and pooled wheel ruts, got into the four wheel drive and went to my hut that I'd built myself. 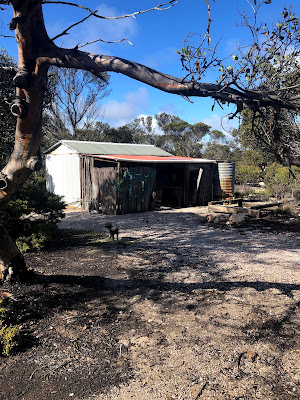 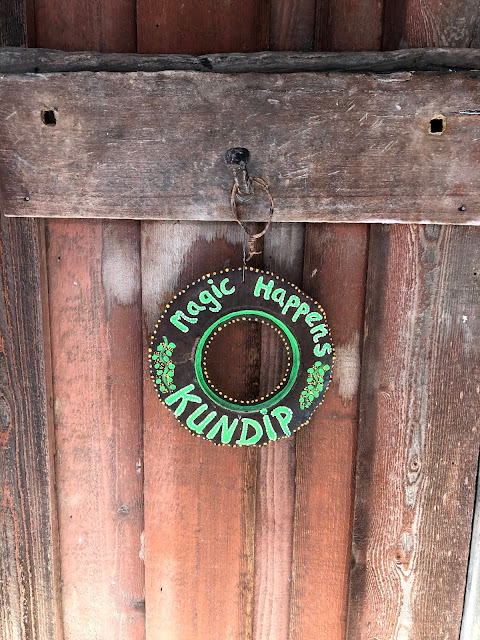 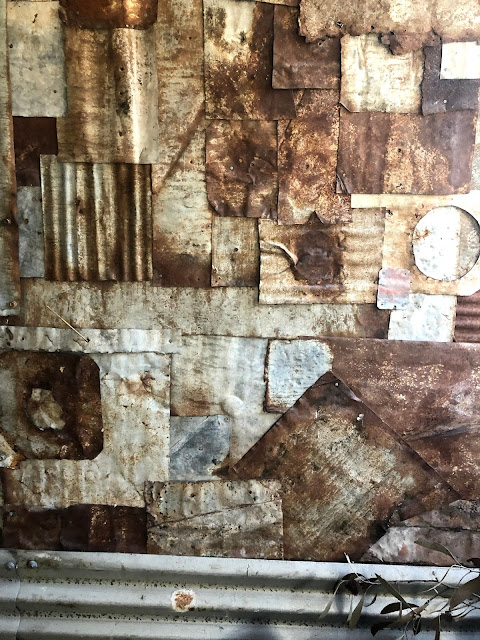