The Venus of Breaksea Island

Evening. The smell of rain on limestone, a clear, clean smell. Above their camp the trees turned to bone and their white roots forked through the carved away spaces where earth used to be. The ground below was like a bone midden with their broken pieces.

It was quieter up there, on the spine of the mountain. Hook waited for the muttonbirds to return to their sandy nests. He picked the oily, fishy meat from the bones of one of their chicks. Several sails pegged into the ground behind him rose over his head, propped up with gnarled peppermint logs. They camped facing north.

After eating, he wove sleeping mats from the strap leaves of rushes; a womanish pursuit but no one else would do it. The Van Diemonian women too handy with a fowling piece and club to worry about weaving mats, the Menang woman too broken to do anything but stare at her bloodied knees. The girl, Weed, helped him.
She sang funny little songs and looked over to Hook’s hands occasionally, to see how she was going.

The muttonbird mothers began to wheel in, black and angular against the pinkening sky. Suddenly, within maybe twenty laces of the rush, thousands of birds thickened the air and the noise grew; chip wheep, chip wheep, chip weep, looking for their babies, until the sky above the limestone ridge wass hectic with their dark, arcing forms.
Later, the penguins began. Then, the song of a singular whistling man in four or five notes. Venus rose.

“Simmons told me that the Captain of that ship,” the black jack Robert Williams nodded his head towards the Astrolabe, still visible moored in the bay to the west, “was famous in their home land for finding Venus in a field in Greece.” When he did speak, Williams was frugal with words, measuring them out like precious shot. They listened.

“She was six feet tall, marble, and as beautiful as the inside of a shell. Her ears were pierced and she held an apple in her hand. He pulled her from the earth, from a tomb.”
“And here, the Captain finds no monuments to antiquity, but mullet, muttonbirds and blackfellas smeared in fish oil and red clay with feathers in their hair,” said Jimmy the Needle.

“Venus,” said Randall. “The oldest whore in the world.”
“First whore out at night and the last to leave!” Samuel Bailey finished for him, with a laugh.
“Meremere!” Said Hook.
“Manilyan!” said Moennan out of the half-light. They all stared at her as she sat dark and huddled.
She was so cold. She yearned for their fire. She missed the warm bodies of her sisters.
The Van Diemonian women eyed her, doubtfully. They remembered that first night, before they were granted the precarious safety of ownership. 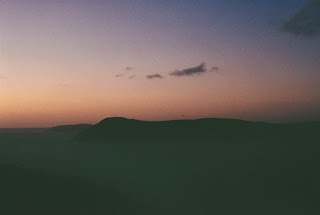