So here is an excerpt from a lovely local review by Bookworm in the Great Southern edition of Cafe' Capers:

'At the launch of her book Salt Story, Sarah Drummond described it as a "love letter to the South Coast" and personally I cannot think of a more apt description. Sarah is an interestingly multi-faceted character; a sea-goddess fisherwoman who looks like she could arm wrestle most men into tears, an intellectually competent historian and a poetic wordsmith all wrapped into one. Salt Story is an exhibition of her talents in all three personae.
While many will probably describe it as a book of short stories, Salt Story is really a collection of prose poems documenting a unique way of life that is a fascinating part of West Australian history. If you like the ocean, social history or the written word, you will enjoy this book ... My only complaint about this book is the one I have been heard to utter at the conclusion of a box of fine chocolates or a wedge of soft blue cheese ... there just wasn't enough!' 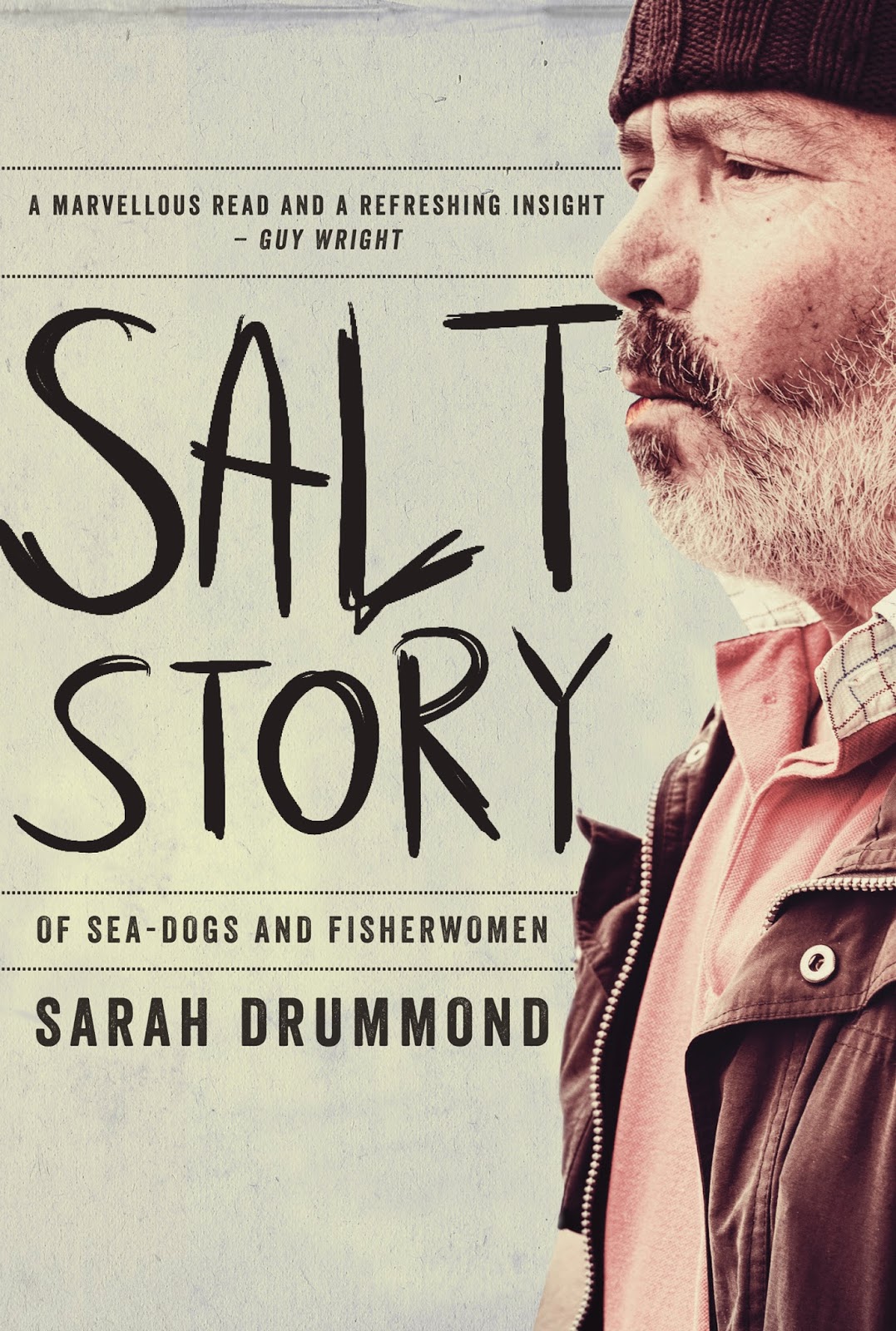 And on a slightly larger scale, here's some bits from Tim McGuire in last weekend's Weekend Australian, where he reviewed Salt Story alongside the memoir of an inner city bouncer:

"Our best writers are our best observers. American humorist David Sedaris springs to mind as a writer who generates perfectly articulated social truths through an aptitude for observation. We need writers who are able to identify truths about society, politics and industry. Sarah Drummond and Heath Lander do just that.
Salt Story: of sea dogs and fisherwomen is Drummond's first book, written as a tribute to the inshore and estuarine commercial fishing industry, and to the men and women whose livelihoods depend on it. Set on the wild south coast of Western Australia, the book follows Drummond's tutelage under a fisherman named Salt, her employer and guide to a way of life that is under threat, dying of a thousand government cuts.
... It is easy to identify the differences in Salt Story and The Bouncer, harder to map the similarities ... but these two memoirs are cut from the same cloth. In both, a mentor emerges to school the authors in two very different but equally unsafe professions. As apprentices, Drummond and Lander are unflagging. Their books are partly a reflection of what they've been taught and, mostly, of the truths they've laid bare for themselves: full of loneliness, risk and keen observations."

I quite like the juxtaposition of nightclub bouncer and apprentice deckie memoirs. They look good together. And I really like both of these reviews!