'The dingo is all we have,' explains Euan Ritchie from Deakin University, when outlining our major Antipodean apex predator (apart from humans) who are capable of controlling introduced species such as cats and foxes .
I'll get back to that later because right now I'm in a little bit of grief and mourning of the less serious kind to find out that today, dingos have been declared as 'not fauna', or not a native to Australia. As of next year in Western Australia all dingos will be lose their status as a native animal and be declared as a 'wild dog' instead.

When Pluto the planet was finally disgraced as perhaps a sub planet or something something to do with Neptune (please ask my Step Mum about this she's a full bottle astrolady) all of us planet folk felt a bit let down. Maybe sad? Griefy? I dunno. We'd built up decades, millennia upon an idea. There is little jubilation in finding out that something you thought existed actually doesn't. This is how I feel about the dingo story today.

I'm upset about it. Of course I know that dogs have bred with dingos since the Euros brought domestic dogs over here. What Canis would not sniff the arse of another Canis? The taxonomy of the dog has been troubling Europeans up until today's article on the ABC and we still don't have many answers, only conjectures and vague DNA histories. 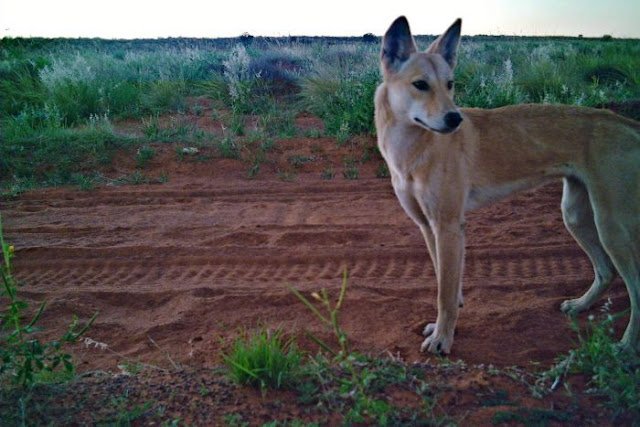 'The Australian Museum recently concluded that the dingo was not a separate species but a "feral population of an ancient breed of domestic dog that was brought to Australia by humans" about 4,000 years ago.' Yes, feral. The dogs are again denoted to be feral. The truth is that when they arrived here they became the greatest hunting partner and animal familiar folk had seen in at least 40,000 years. The arrival of the dog in Australia was a freaking huge event.

Getting back to my first line, it's interesting that the dingos coming to Australia from those diverse genetic origins went on to become the predators who possibly drove their competitors, the thylacine and Tasmanian Devil from the mainland. And while I understand that contemporary dingos breeding with wild dogs can be an economic issue for pastoralists, I'm arguing on a more passionate stance: consider our history, change the taxonomy back to dingo. Do something about this maligned species of dog who is part of our cultural heritage going back 4,000 years. Do it, guys. Find a way. The Americans and Europeans found a way for the wolves to return to their home country. Right now in Australia, this change in the taxonomy of the dingo to a feral dog is stepping carefully into history.
Posted by sarah toa at 12:30 AM