Some thoughts after reading a novel all day

Firstly, how privileged am I to be able to read a novel all day, uninterrupted by anything but long weekend bush warriors doing jet ski burnouts.

It's been grey skies for days. My solar powered batteries have been so depleted that the inverter gave up the ghost. 'The fuse has blown' was my first thought. But logic kicked in. No sun, no inverter, no satellite, no mobile phone, no internet, no lights. Still have hot water and cooking facilities though. Turn it off and then on again, after the sun has been out for a little while.

Tomatoes are finished for the season. The green ones with white star bottoms straight to the kitchen sink window sill to ripen. Who even thought to use cable ties to stake them? Was that really me using single use plastics? Now I need secateurs to cut the cable ties and then I have to chuck said ties in the bin! Fuck.

Thank god for that ball of string and a pair of scissors.

Good intentions and a strong mind. These sentiments both enhance and cancel out the other.

Are there still cloakrooms?

At the bar, my ex says 'We're taking bets for $100 if the barmaid will take off her top.' I say, 'For a hundred I could buy our son a trampoline, but cool cool.' Later as I walk home alone I see him and his mates drive by in a matt black Valiant.

Spiky plants are the Bear Grylls of this country.

Piero del Pollaiuolo's Apollo and Daphne. How can we possibly see this image as romantic, when he is prising apart her knees and she is literally grounded to the spot, unable to move? It's disturbing, to me anyway. 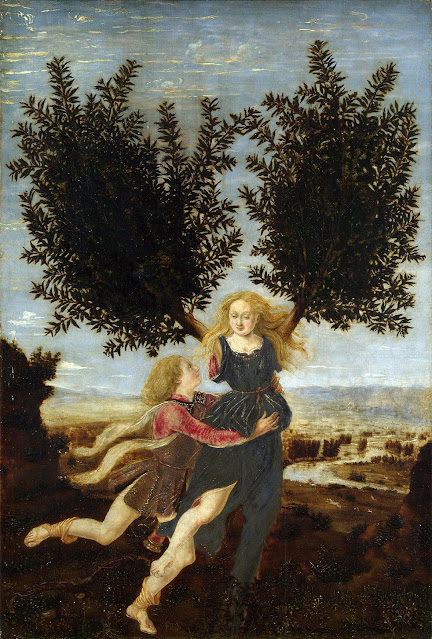 Cops, telling us not to park our cars where we normally do while we work the fire season because they're parked up there with guns, bullet proof vests and body cameras, all  on a penalty rates Easter weekend junket watching a bikie mob on their run down south. Ahem.

Very important men. All of them.

'The Buried Giant' by Kazuo Ishiguro