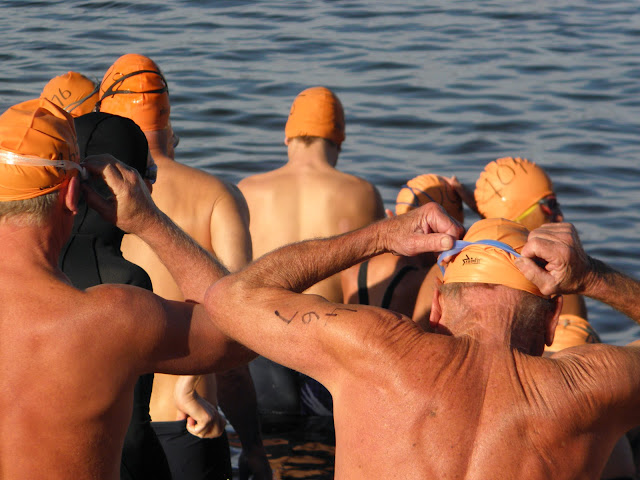 Stormboy's first open water race was around a few buoys and back. On Easter Saturday he swam the whole harbour; four kilometres from the Boatshed to the yacht club. That's him up the front, head bowed, skateboard scar on his shoulderblade. He's fourteen. 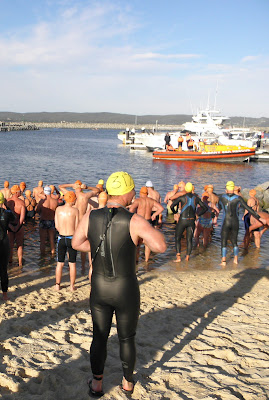 The night before while he was freaking out, I told him that Doust, Haimona and a dozen others would be right with him in canoes.  "Someone will be there to reef you out of the water if you get tired. Don't worry if you can't swim the whole way."
"I'm not getting reefed out!" He said. 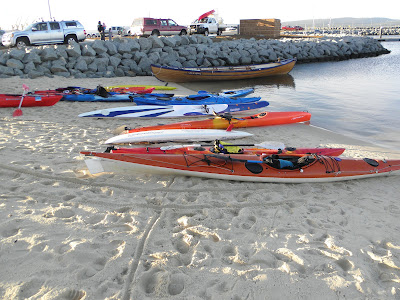 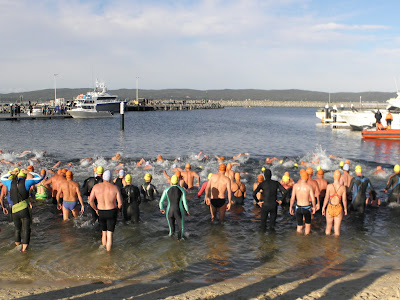 It was quite a strange experience as a mother, watching him take to the water and swim around the heads of the marina, heading for the open sea. I couldn't walk along the shore and watch him. He just swam straight out to sea. 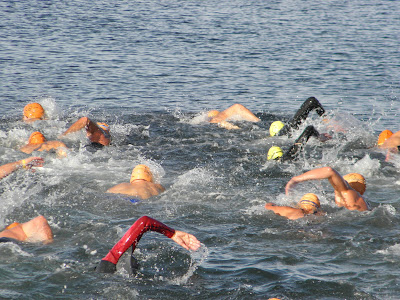 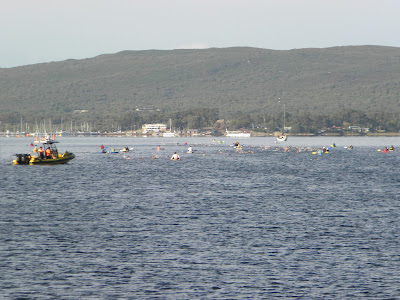 I drove to our new home which is half way around the harbour, thinking I had another hour before I met my son on the other side. It was about nine and I made myself a leisurely cup of coffee. Mum rang. "He's come in. You'd better get here. He needs you."
"Shit! What time is it? What? How the hell did he get there so fast?"
"An hour and seven minutes," she said.

Stormboy was quite blue when he got out of the water. He said that five hundred metres before the yacht club, the swimmers hit a cold current that felt like a brick wall. His hands hurt and he was shivering uncontrollably. He was wobbly when I got there ten minutes later and he didn't want me to touch him. (I remember the same feeling after finishing the Avon Descent but, being a teenage girl, I was allowed to burst into tears.)
Posted by sarah toa at 11:51 PM